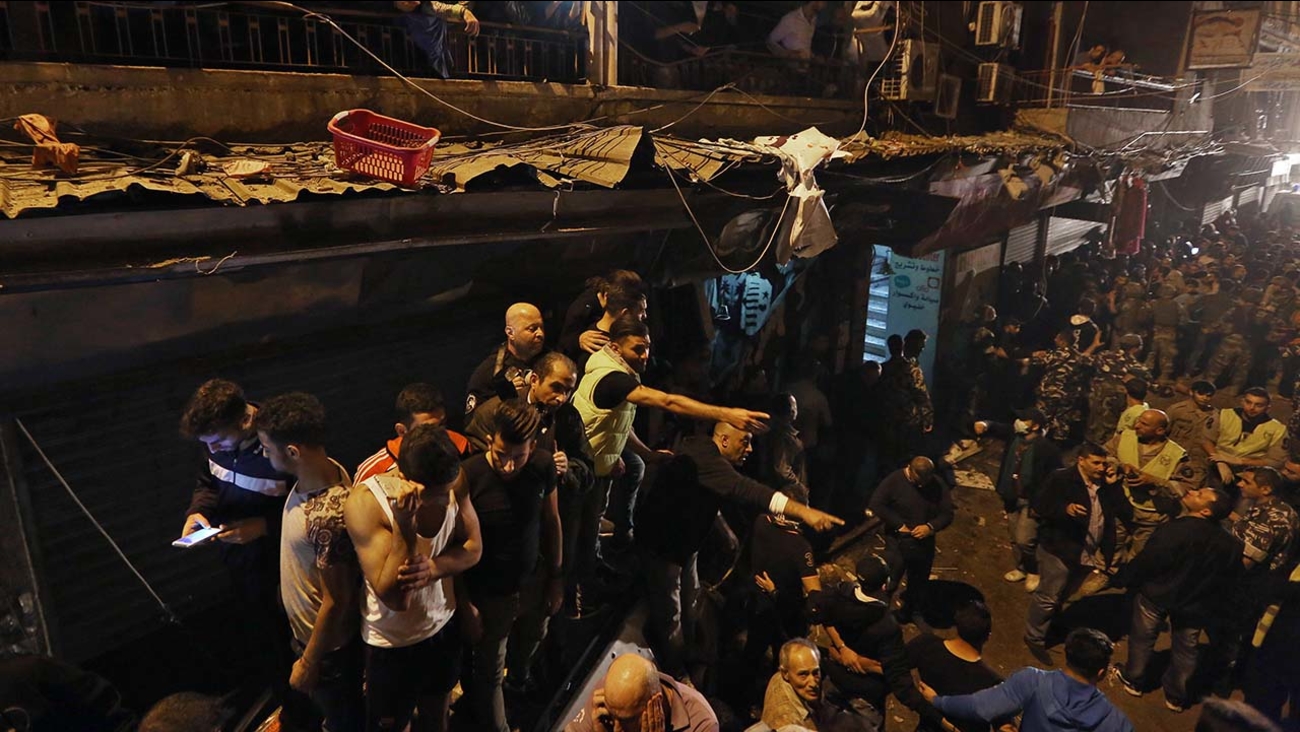 Twin suicide bombing struck a Shiite suburb in southern Beirut on Thursday evening, killing at least 37 people and wounding scores more in one of the deadliest attacks in years, a Lebanese official said.

The explosions hit minutes apart in an area called Burj al-Barajneh during rush hour. No one immediately claimed responsibility for the bombings.

Southern Beirut is a stronghold of Lebanon's militant Hezbollah group that it fighting in Syria along with government forces there. The area has been hit in the past. Sunni militant groups have threatened to carry out more such attacks.

According to a Lebanese security official, the first suicide attacker detonated his explosives' vest outside a Shiite Mosque, while the second blew himself up inside a nearby bakery.

An apparent third suicide attacker was found dead, his legs blown off while he still wore an intact explosives' belt, said the official, speaking on condition of anonymity in line with regulations. The official speculated the third may have been killed from the explosion of the second suicide attacker, as he was reportedly close to that blast.

The Al-Mayadeen TV also reported there was a third would-be suicide attacker, describing him as a bearded young man who wore an explosives' belt. The report said he was killed before he was able to detonate the explosives.

Hospitals in southern Beirut were calling on people to donate blood and appealed on residents not to gather at the hospital gates so that ambulanced and emergency staff could work unhindered.

Shortly after the explosions, ambulances rushed to the area and started evacuating the wounded and the dead as Lebanese troops and Hezbollah gunmen cordoned the area, preventing anyone from getting close.

"There is a massacre inside and we will not let you take photos," a Hezbollah member screamed at an Associated Press photographer at the scene.

An hour later, ambulance sirens could still be heard in Beirut streets.

Hezbollah also called on people to leave all coffee shops in the area, which are usually packed with people, and urged residents to inform the group about any suspicious moves.
Related topics:
u.s. & world
Copyright © 2021 by The Associated Press. All Rights Reserved.
More Videos
From CNN Newsource affiliates
TOP STORIES