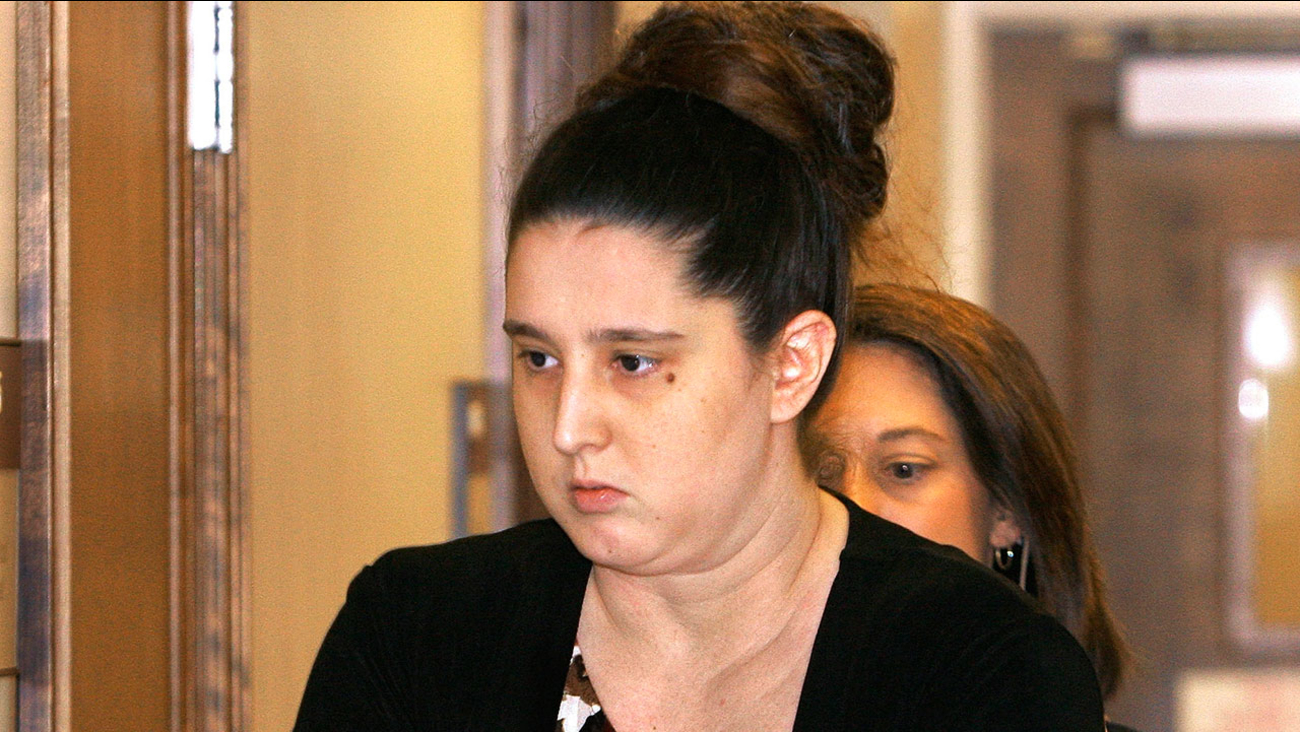 Amanda Hamm, who is accused of drowning her three children in Clinton Lake, is escorted by deputies from the courtroom Wednesday, Nov. 1, 2006, in Decatur, Ill. (AP Photo/Seth Perlman)

CHICAGO, IL -- In horrifying detail, prosecutors described how three children, trapped in the back seat of their mother's car, screamed for help before they drowned in 4 feet of water in an Illinois lake while their mother and her boyfriend escaped unharmed.

Amanda Hamm was convicted of child endangerment and served five years in prison for watching her boyfriend carry out his plot to drown her 6-year-old, 3-year-old and 23-month-old children in 2003 because they interfered with the couple's relationship and his sex-and-drugs lifestyle. He was convicted of first-degree murder and is serving a life sentence.

Now in a bizarre twist that, in part, tests the legal concept of "anticipatory neglect," Amanda Ware and her new husband are fighting to gain custody of three children - ages 5, 3 and 1 - she had after she left prison. They were taken away by child protection authorities last year after a doctor recognized Ware as the former Hamm.

A Cook County judge on Friday will decide whether to return the children to Amanda and Leo Ware or hold more hearings on long-term placement.

"This is a scary problem for all the people involved ... but most of all for the judge who has to decide whether to send these children home," said Bruce Boyer, director of the Loyola University child law clinic in Chicago, who's not involved in the case. "What's so difficult is that the likelihood of something going wrong may be low, but if does, the consequences are so high."

The law governing anticipatory neglect holds that if someone has harmed or endangered a child in the past, the court is not required to wait until another child is harmed before intervening, Boyer said, adding that such findings aren't unusual in child welfare cases. On the other hand, parents cannot be disqualified for custody solely because of their past if they prove that they're a capable parent.

But prosecutors and child protection authorities told Judge Demetrius Kottaras last week that, although none of the three living children has been physically harmed, there also is evidence of current abuse and neglect. That includes domestic violence by Leo Ware against his wife and others, substance abuse and Amanda Ware's failure to follow treatment for mental illness, which created an injurious environment for the children.

In 2012, Chicago police responded to a domestic abuse call at the Ware's house after Leo Ware struck his wife. The next year, while she was pregnant, Amanda Ware sought an order of protection, saying she feared for herself and her children because Leo Ware was using crack cocaine and might become violent. Two weeks later, she had the order dropped.

Combined with the parents' histories, "this freight train of evidence is bearing down on three current children who must be protected," Assistant State's Attorney Joan Pernecke told the judge, according to transcripts of the hearing.

Attorneys for Amanda, 39, and Leo Ware, 49, said the children showed no signs of abuse and were healthy, even crying and taking off their shoes and socks to try to prevent child protection workers from taking them from their home last year. They also said no problems had ever been reported to the state Department of Children and Family Services until a doctor at a hospital where Ware gave birth recognized her.

Amanda Ware has a long history of depression and abusing drugs and alcohol, and 20 years ago told a mental health worker that she wanted to kill herself by driving into a lake, prosecutors said. During her 2006 trial, witnesses said she was abused and manipulated by boyfriend Maurice LaGrone Jr., who also terrorized her children - none of them his - by putting one child's head in an oven and chasing another with a knife. While he couldn't keep a job - and didn't want to watch the children while Ware worked - she bought him expensive clothes and jewelry, according to testimony.

Prosecutors then said she couldn't live without a man so was willing to sacrifice her children. When the couple wanted to move to St. Louis, Ware asked her mother to take custody of two of the children, but she said she could take only one.

Months later, the couple drove to Clinton Lake, about 150 miles south of Chicago, where on Sept. 2, 2003, LaGrone drove the 1997 Oldsmobile Cutlass down a boat ramp, at some point jumping out with Ware.

Both claimed the deaths were an accident and that they tried but could not get the kids out. Rescuers eventually called by Ware said it took just two minutes to remove the bodies.

Amanda Ware would not discuss the case before Friday's hearing, but last year told the Pantagraph newspaper in Bloomington, Illinois, that she would never get over the deaths, "but I have to try to move forward and having a home, a husband and a family is the biggest part of that."

Leo Ware said in a telephone interview that the couple is being targeted unfairly.

"They want to compare me to Maurice LaGrone, but I take that as an insult; these are MY kids," he said. "We raised my kids for three years before they decided it was a problem."

Leo Ware admits to a criminal past as a gang member and drug dealer, but insists he's put that all behind him. He also said his wife deserves a chance to move on.

"We all make bad decisions in life," he said. "This is about moving on."
Related topics:
u.s. & world
Copyright © 2021 by The Associated Press. All Rights Reserved.
More Videos
From CNN Newsource affiliates
TOP STORIES