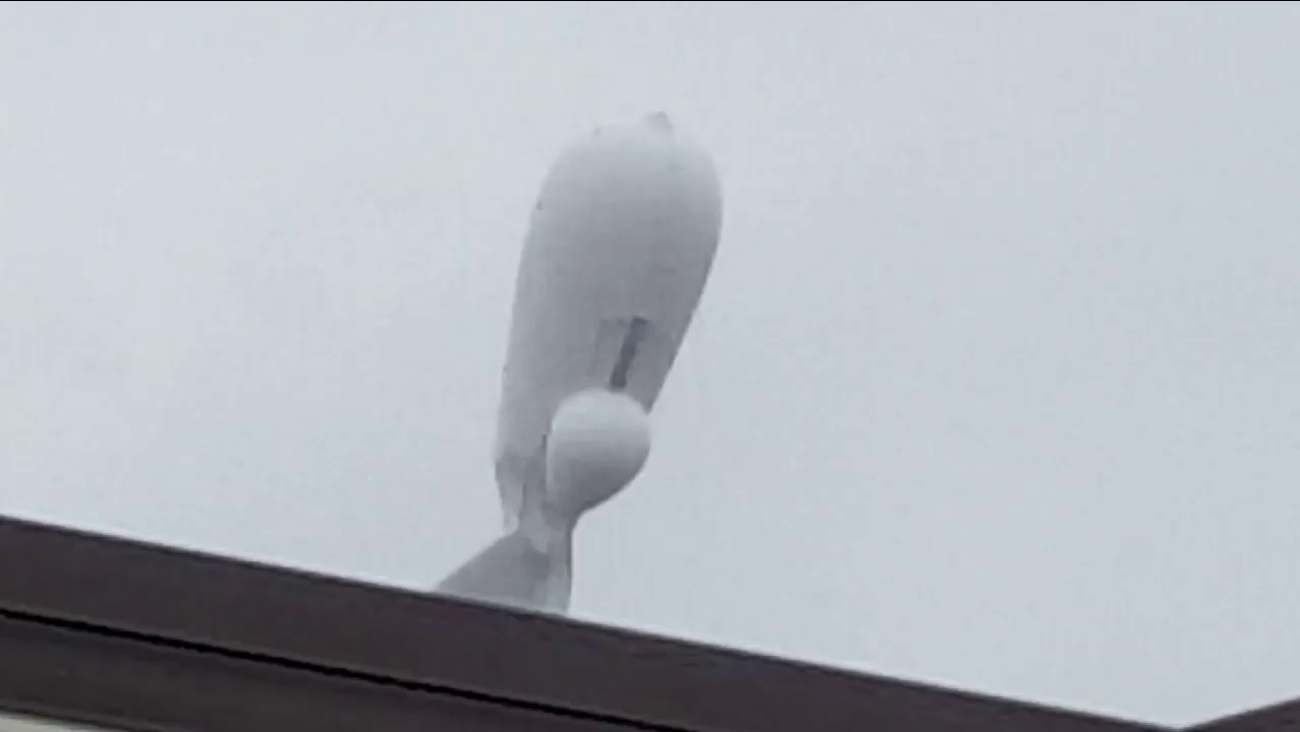 The balloon is described at 37 meters in diameter and looks like a blimp. A large cord is hanging from the balloon.

The balloon traveled through Lancaster and Lebanon counties, and is now reportedly in Columbia County.

A Twitter user, who captured video of the balloon, said it landed in Bloomsburg, Pa. Officials have not confirmed it is down, but a defense official did say that the balloon is much lower to the ground than it had been previously.

@ABC @GMA Landed in bloomsburg right by my school. Knocked out the power at CMVT. pic.twitter.com/WLJydKVf2I

FAA officials were working with the military to ensure air traffic safety in the area, and has referred all questions to NORAD.

NORAD released a statement on the incident, in which they explained the JLENS program. The statement reads in part:

"JLENS is a supporting program of the Army and Joint Integrated Air and Missile Defense, providing persistent, over-the-horizon radar surveillance and fire control quality data on Army and Joint Networks. It enables protection from a wide variety of threats to include manned and unmanned aircraft, cruise missiles, and surface moving targets like swarming boats and tanks. A JLENS system consists of two aerostats: a fire control radar system and a wide-area surveillance radar system. Each radar system employs a separate 74-meter (243 feet long) tethered aerostat, a mobile mooring station, radar and communications payloads, a processing station, and associated ground support equipment. The JLENS aerostat will fly at an altitude of up to 10,000 feet above sea level."