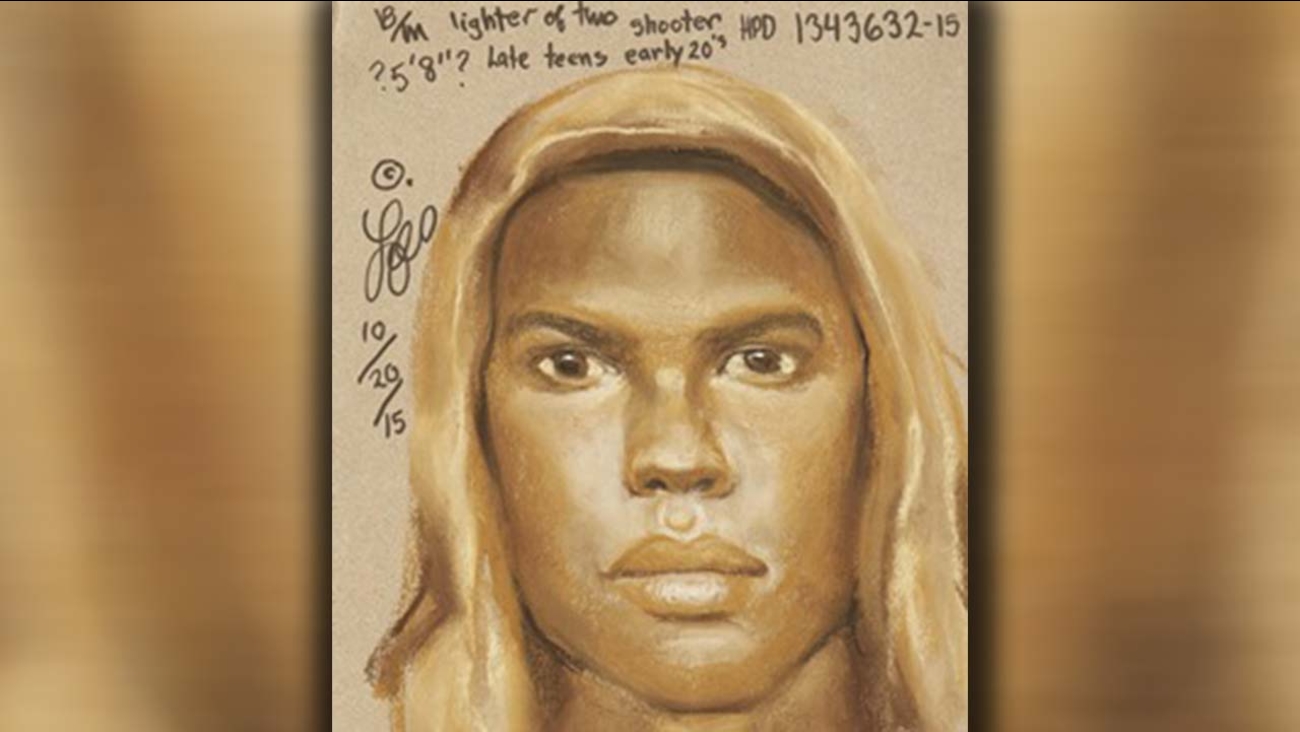 KTRK
HOUSTON (KTRK) -- Houston police have released a composite sketch of a wanted suspect believed responsible for the death of a man found at 9801 Meadowglen Lane about 12:30am on Sunday, October 18.

The suspect is described only as a black male, approximately 5 feet 8 inches tall and in his late teens to early 20s. He was wearing a hoodie covering his hair.

Officers called to a shooting in-progress call at the Madison Park apartments and found Brian Quintero Medrano, 23, lying in a grassy area near the apartment complex. He had suffered possible gunshot wounds and died at the scene.