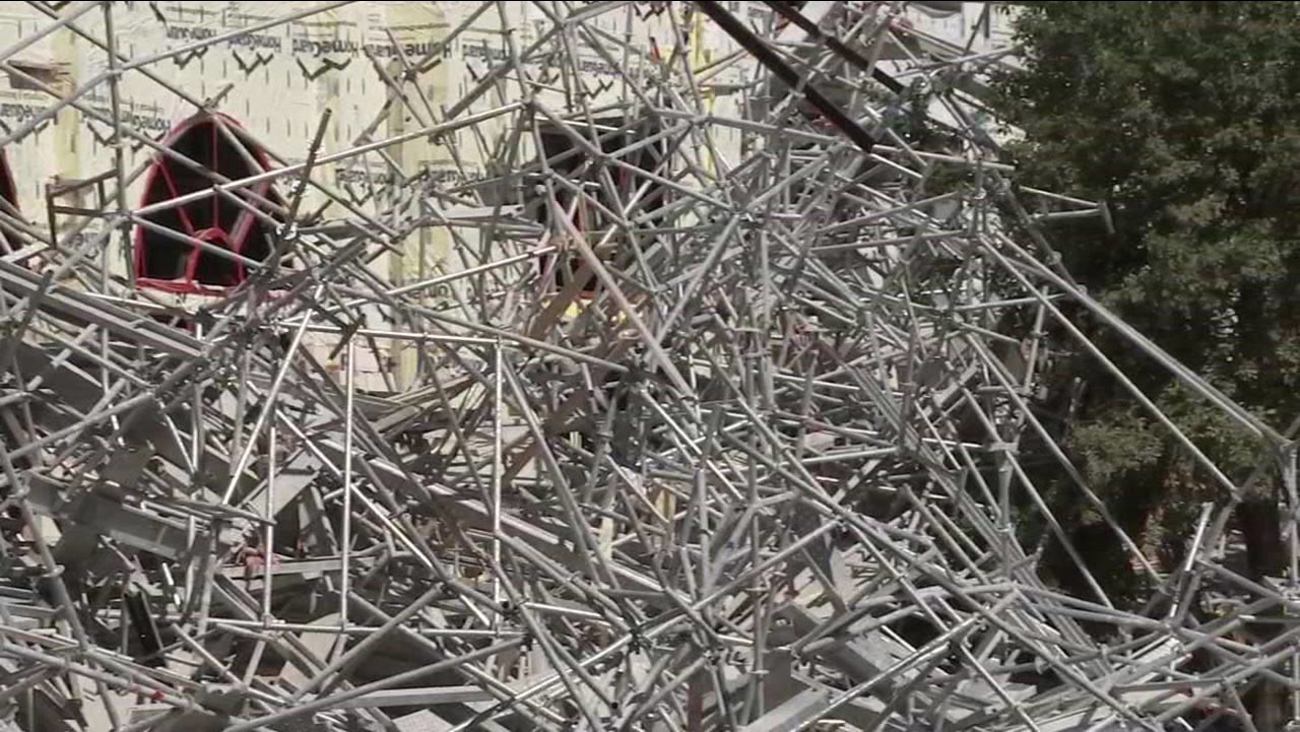 A huge scaffolding collapsed at an apartment building under construction near Minute Maid Park in downtown Houston.

KTRK
By Ted Oberg
HOUSTON (KTRK) -- For the attorney representing three of the six injured workers when a nearly block-long, seven-story stretch of scaffolding collapsed Friday, the investigation has only just begun.

He and other experts inspected the downtown building and scaffolding remains Thursday.

"As expected we didn't get any real answers on to why this equipment collapsed," attorney Vuk Vujasinovic said Thursday. "But this is a starting point."

The attorney wants to make sure evidence is kept safe so it can be analyzed and has a judge's order saying exactly that.

"All the scaffolding equipment that had fallen down is being preserved," Vujasinovic said.

The scaffolding collapsed like a row of dominoes last Friday at a luxury apartment building under construction at 500 Crawford at Commerce, near Minute Maid Park. 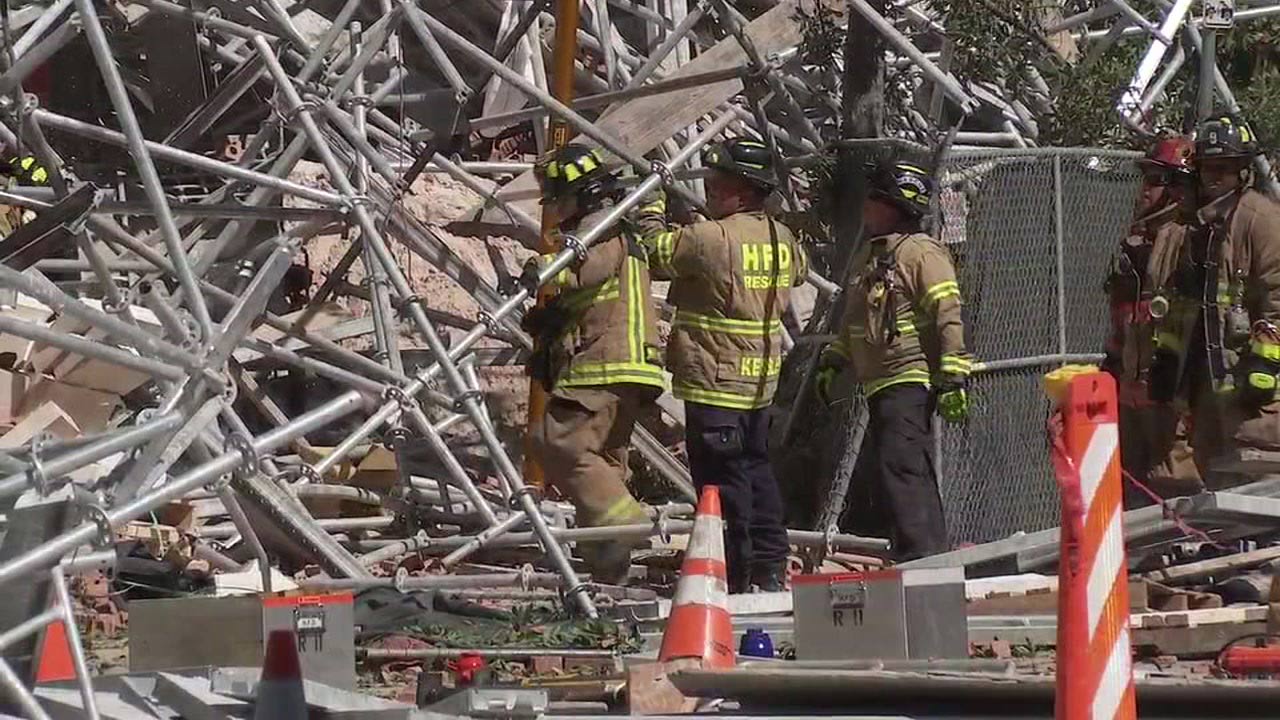 Six people were trapped in the metal mess, leaving many for hours wondering if the men were safe.

They were pulled from the rubble, and rescue teams said the injuries were non life-threatening, but significant.

Vujasinovic said he didn't know yet whether his clients had insurance or were covered by workman's comp. He said the Occupational Safety and Health Administration will be investigating for the next few weeks before making their findings available to attorneys -- and to the public.

Vujasinovic toured the site with experts including Richard Jessup, who provides safety advisory and training services. He has decades of experience.

Jessup spoke with abc13 earlier this week about scaffolding and safety.

"If you do it right, there should be minimal risk to it," he said.

And how many people do it right?

"Very few," Jessup said. "I guarantee I could find a problem with almost every scaffolding that's put up."

He toured several construction sites with Ted Oberg Investigates and found violations at almost every turn.

"Straight up there's a gap in the toe board," he said, pointing at a piece of scaffolding. "That's a violation."

At another: "See that slot? That's a violation," he said. "The danger is you can trip on it or fall through it."

None was in immediate danger of falling.

Jessup assumed and a nearby worker confirmed that supervisors had ordered nearby sites to make sure the scaffolding was in top shape in the wake of last week's accident.

But it is still a concern, one that the men and women high in the air have to think about every day.

"The workers are at risk," Jessup said.

See the original stories about the scaffolding collapse here and here.

See the video with this report to see more of the downtown tour with Jessup and abc13.
Related topics:
ted oberg investigates
Copyright © 2020 KTRK-TV. All Rights Reserved.
TED OBERG INVESTIGATES 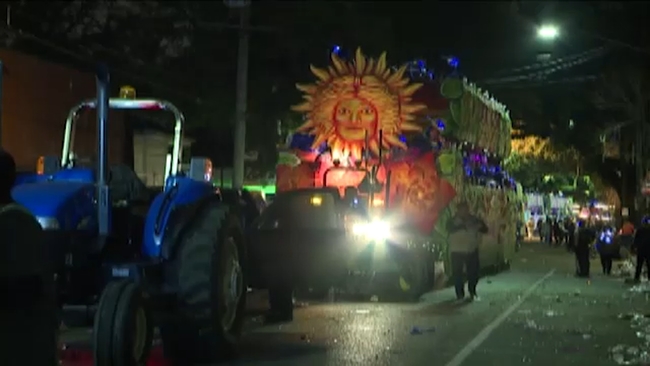