Tuesday, Sheikh Ahmed watched as flames tore through Space City Hardware, a business he took over nearly two decades ago when he moved from Pakistan.

"It's like a second home," Ahmed said five days later, pointing to the charred remains.

He and his son, Shahzaib Anwar, showed ABC 13 the damage the fire caused.

"I used to work here in my summers," Anwar said. "So it's very heartbreaking. It's very sad."

The local hardware store served hundreds of people through the years. Ahmed says he knew most of his customers by name.

"This is in my blood to help the people," Ahmed said.

Firefighters say the fire was electrical and started in the ceiling. No customers were in the store at the time and no one was hurt.

"We actually were sending a couple feet from the building and we saw happening right in front of our eyes," Anwar said.

Ahmed wants to rebuild as soon as possible but he will not get insurance money. He says he stopped insuring the building a couple years ago when money was tight.

"So I'm trying to reopen but financially I don't know what I can do... but I want to be here," Ahmed said.

The family has set up a Go Fund Me page to help pay for rebuilding the store. To donate, CLICK HERE.
Related topics:
seabrookbusinessfire
Copyright © 2020 KTRK-TV. All Rights Reserved.
RELATED 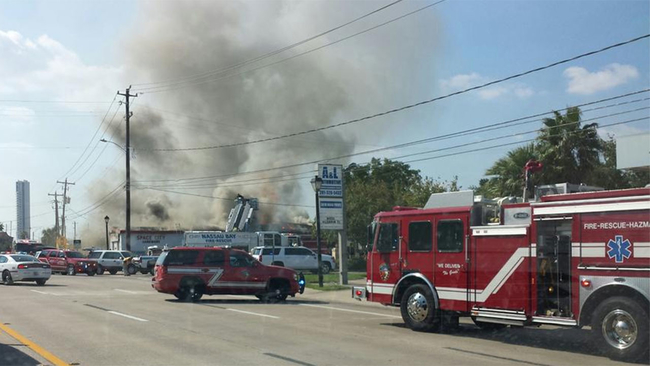