Baseball beats: These were the No. 1 Songs during MLB playoff teams' last World Series title runs 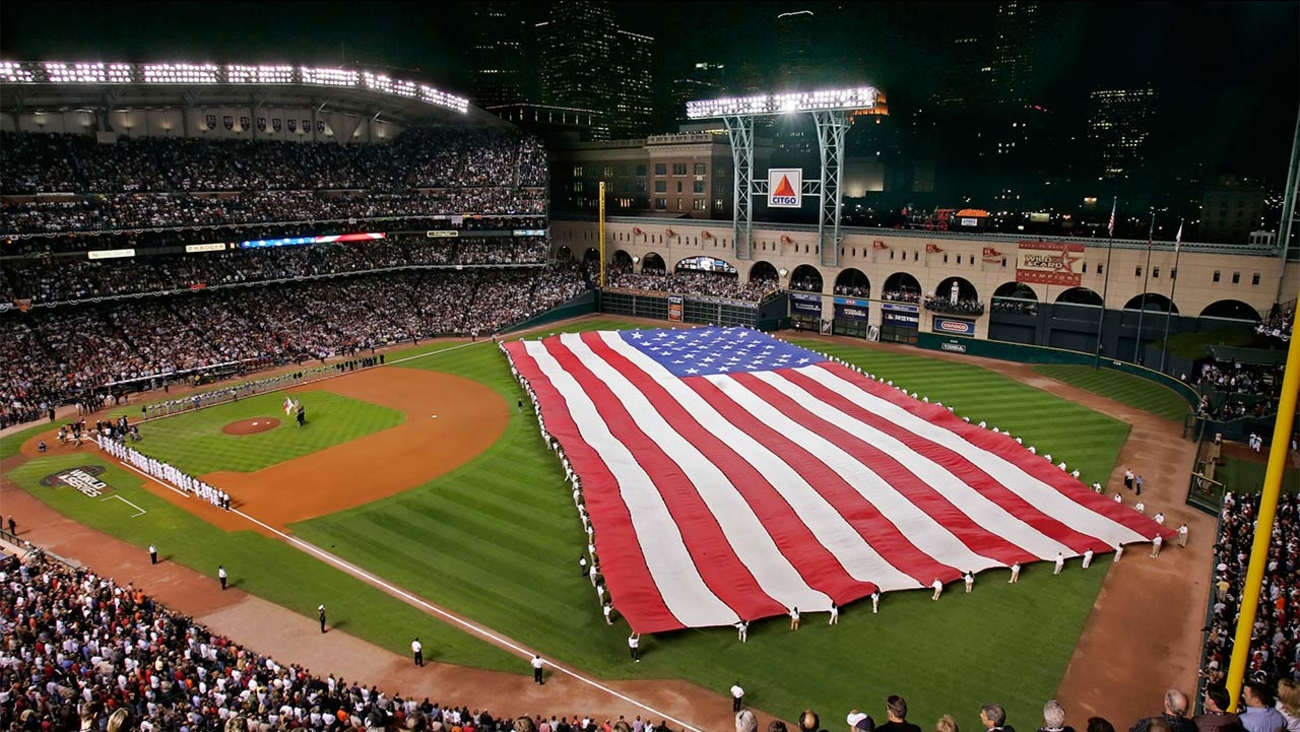 Chicago White Sox and Houston Astros players line the infield as the national anthem is performed before the start of Game 3 of the World Series in Houston, Tuesday, Oct. 25, 2005. (AP Photo/Pat Sullivan)

The MLB playoffs begin tonight! Two teams from Texas, the Astros and Rangers, are hoping to win their first world title. Then there's the Chicago Cubs who are looking for their first World Series win in more than 100 years.

So we got curious. When this year's playoff teams were last No. 1, what was No. 1 on the radio. We went to the Billboard music charts to check.

Back in 2011, Adele's "Someone Like You" was No. 1 on the Billboard charts when the Cardinals beat the Rangers in a seven-game long World Series. It was the last time the Cardinals won the title. The Rangers are still looking for their first.

So like the Rangers, the Astros have been to the World Series, but they've never won it all. Their one and only World Series appearance was back in 2005 when they were swept by the White Sox. Kanye West was big on the radio at the time with his No. 1 hit "Gold Digger."

The Blue Jays won the World Series back in 1993 while Mariah Carey's "Dreamlover" was the No. 1 song on the radio. This is the first time Toronto's been back in the playoffs since that title 22 years ago.

The Los Angeles Dodgers may be blue, but it was UB40's "Red Red Wine" making the rounds on the radio the last time the Dodgers won the World Series. The 1988 No. 1 song is a reggae fusion remake Neil Diamond's song with the same name.

The Mets beat the Red Sox in a seven-game series back in 1986 for their last World Series title. It was also the last time any of Cyndi Lauper's songs were No. 1 on the Billboard charts with her hit song "True Colors."

The Kansas City Royals may be this year's No. 1 seed in the ALDS, but they haven't won a title since 1985 when they outlasted the Cardinals in a seven-game series. At the same time, Whitney Houston was also No. 1 with her song "Saving All My Love For You."