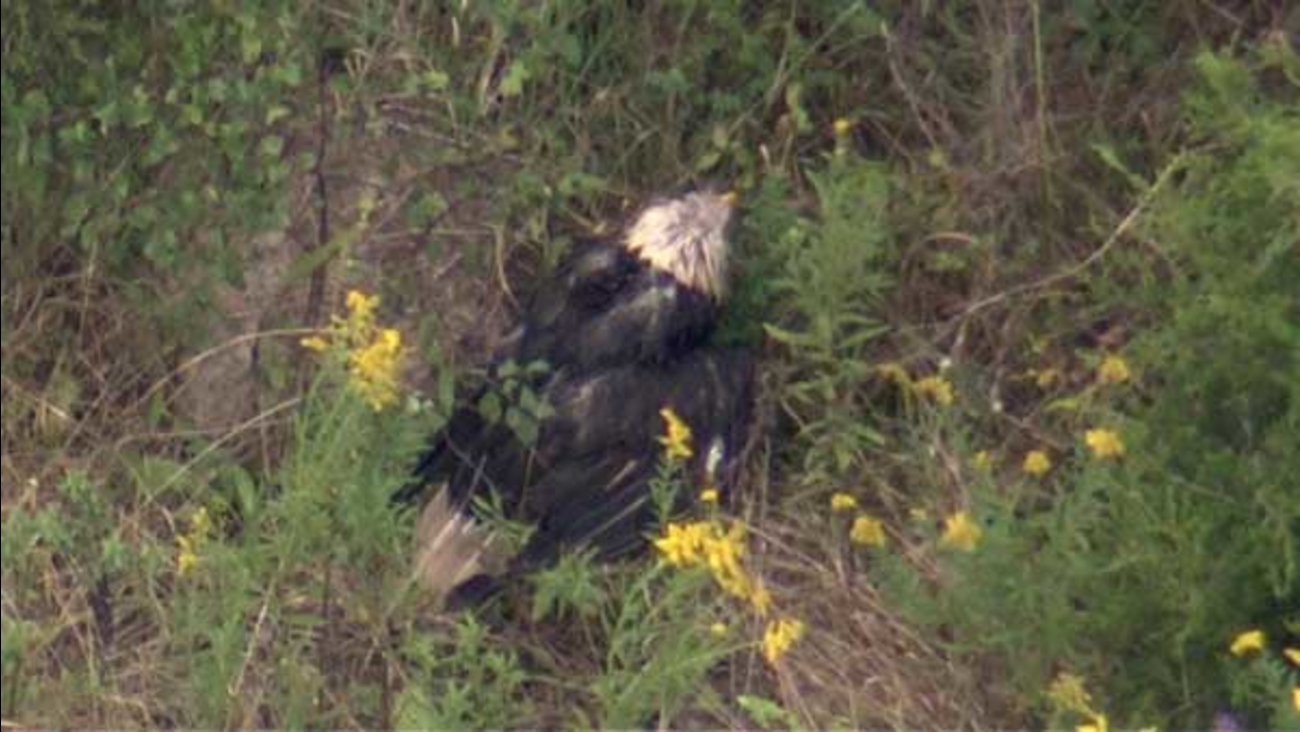 An Illinois Department of Transportation crew protected an injured bald eagle from traffic along I-55.

DARIEN, IL -- An Illinois Department of Transportation crew protected an injured bald eagle from traffic along I-55.

"It's an endangered species and it's our responsibility to try and protect it," one IDOT worker told ABC7.

An IDOT crew spotted the eagle Tuesday morning sitting on the side of the road along the ramp from inbound I-55 to southbound Cass Avenue. At first, one of the workers thought the bird was a blown out tire. But then they saw the bald eagle was hurt and picking at a McDonald's bag.

The crew parked along the ramp to protect the animal from traffic while they waited for help. It eventually moved to the grassy area next to the expressway.

Animal control arrived and put the eagle in a carrier, then took it to the Willowbrook Wildlife Facility in Glen Ellyn, part of the DuPage Forest Preserve.

Willowbrook staffers confirmed the bird was tagged, either from birth or a previous resting. They said he is dirty and stressed from being handled by humans. He is being held in isolation and fed rodents, fish and water Tuesday, and will receive a full exam on Wednesday.

The eagle will remain at Willowbrook through his recovery, then eventually go to their onsite Flight Ring Facility, one of the biggest in the country.