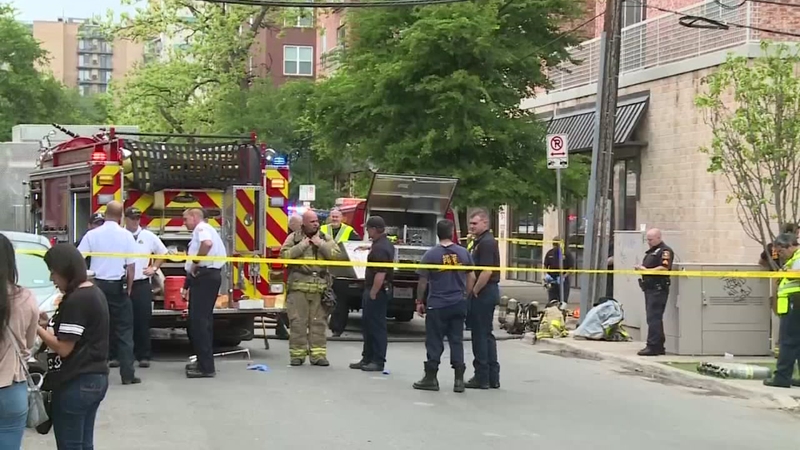 AUSTIN, TX (KTRK) -- One person is dead and 11 were injured in a HazMat situation near the University of Texas campus in Austin.

Austin firefighters responded to a hazardous materials call at a housing complex near the campus and found a victim, a man believed to be in his 20s, dead at the scene. There's no immediate confirmation if the victim is a UT student.

Investigators say 11 victims were injured in connection with the incident at 21 Pearl Apartments in West Campus near 21st and Pearl streets.

"They found the person that was later pronounced dead with some signs that warned of potential chemicals," officials said. "Crews immediately switched over to a HazMat type environment."

Residents at the apartment complex were allowed back into the building around 7:30pm.

"As media have been reporting, the Austin Fire Department responded to an emergency call this afternoon at an off-campus housing facility, 21 Pearl, and evacuated the facility due to exposure to dangerous gas. Austin Travis-County EMS confirmed that a man in his 20s died due to the exposure. Our hearts go out to the victim and his family.

We are here to support our community. Most of the residents of 21 Pearl are UT Austin students. Students who were temporarily displaced by this evacuation who need resources or help can call the Office of the Dean of Students at 512-471-5017."

Today at approximately 2:00 p.m. there was a report of a foul smelling odor at our 21 Pearl apartment complex in West Campus.

Our onsite management team quickly investigated and found the source of the odor. They also found a student unconscious in his apartment. The Austin Fire Department and police department were called and they evacuated the building to ensure the safety of all our residents.

Tragically the student resident died and one of our staff members was taken to the hospital for evaluation.

Our heartfelt sympathy goes out to the family and friends of the deceased.

Law enforcement will be conducting a full investigation of this accident. The Austin Fire Department will advise us when it is safe for all residents and staff to return to the building.

The safety and well being of our residents and staff is our first priority, and we will be cooperating with the authorities to resolve this situation as quickly as possible. We appreciate the patience of our residents during this process.