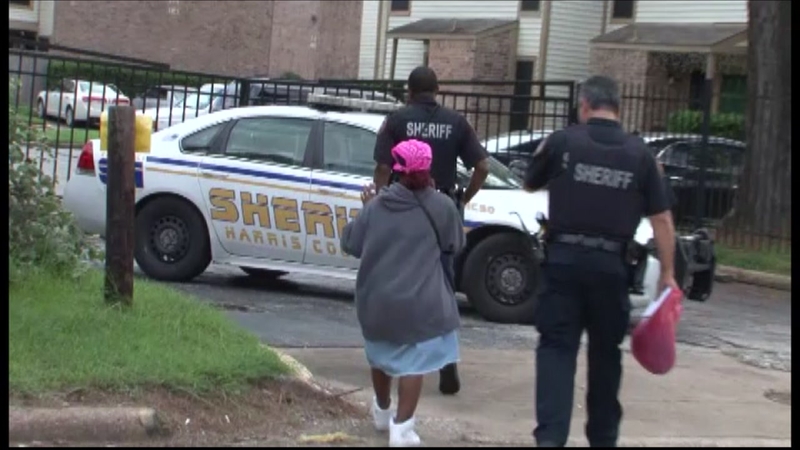 Woman who had baby lied about finding newborn in wooded area

HOUSTON, Texas (KTRK) -- The 17-year-old who reported finding an abandoned newborn in a north Harris County wooded area on Wednesday actually was the one who gave birth to the baby, the county sheriff said.

Sheriff Ed Gonzalez revealed new details hours after deputies were called to the 15400 block of Kuykendahl Road for what was originally reported as the discovery of an hours-old child with her umbilical cord still attached.

"The initial reportee is actually the one who had delivered the infant. She had reported the infant was found here. That was concocted. That was not accurate," Gonzalez said. "We believe the birth occurred inside an apartment."

Gonzalez added they are investigating what happened and why she would make the story up.

The baby was sent to Texas Children's Hospital in good condition.

The sheriff's office originally received word at around 1:45 p.m. of a woman passing by an area where the child was crying. Deputies were told the woman took the child back to her apartment to clean her up.

They were told the teen called a hospital on what to do, and medical personnel advised her to call 911.

EMS workers arrived and gave the child fluids because she appeared to be dehydrated, the sheriff's office said.