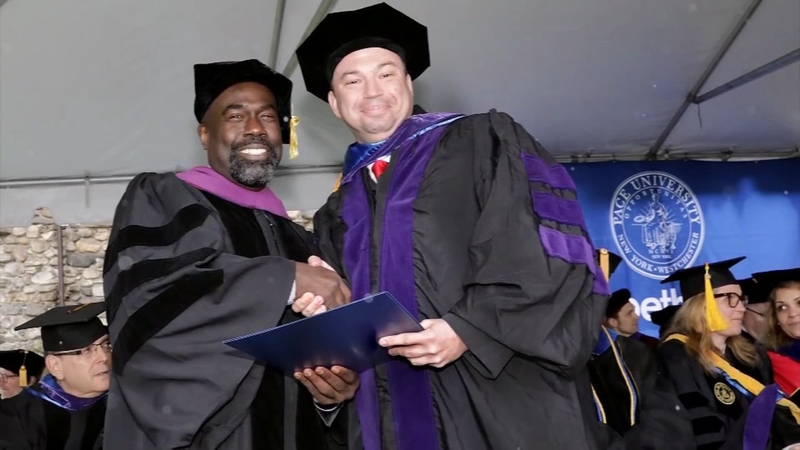 Now armed with a law degree, he said he's ready to pursue justice.

NEW YORK -- A New York state man who was wrongfully convicted for murder fulfilled a dream: he graduated from law school.

"I feel like it's kind of surreal that I'm here having graduated," said Jeffrey Deskovic. "I can't believe the trajectory that my life has taken."

Deskovic received his degree from Pace Law School on Monday.

He was wrongly convicted in 1990 of raping and killing a woman. There was no DNA found that linked Deskovic to the crime at the time, but the jury believed cops who said Deskovic confessed.

In 2006, DNA retesting later tracked down the real killer.

"Prison is isolating," said Deskovic. "So, I lost all of my friends."

Deskovic was able to create The Innocence Project, a foundation that helps exonerate those wrongly convicted of felony crimes.

Now, fully reintegrated to the outside world, Deskovic has no financial worries. He collected more than $20 million for the miscarriage of justice he suffered.

He said he could have used the money to retire on Florida beach, instead he chose to go to law school.

"I can't forget about the people I metaphorically left behind," said Deskovic. "Other people who are wrongfully imprisoned."

Now armed with a law degree, he said he's ready to pursue justice.

"I feel like I've been given some opportunities not everyone in my position has had, formal education-wise," said Deskovic. "So, I feel tremendous moral responsibility to do as much as I can. That's the opposite direction of going to the beach in Florida for a life of never-ending vacation."