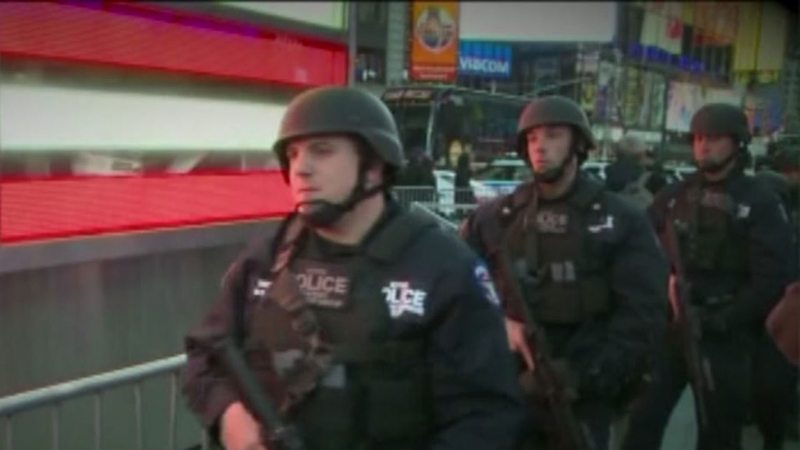 NEW YORK (KTRK) -- Mayor Bill de Blasio said New York City will not be intimidated by a newly released Islamic State group video showing images of Times Square, and that residents should continue to go to work and live their lives.

The video was released Wednesday, just a week before the city goes into full holiday mode with the Macy's Thanksgiving Day Parade followed by the Christmas tree lighting in Rockefeller Center. These and other events attract tens of millions of visitors each year.

"Stoking fear is the goal of terrorist organizations, but New York City will not be intimidated," de Blasio said during a news conference Wednesday night. "New Yorkers won't live in fear and people should continue to go to work, live their lives, and enjoy the greatest city in the world."

A New York Police Department spokesman said some of the video footage is old but the video reaffirms the message the city remains a top target for extremists.

"While there is no current or specific threat to the city at this time, we will remain at a heightened state of vigilance and will continue to work with the FBI, the Joint Terrorism Task Force and the entire intelligence community," said Stephen Davis, the NYPD's deputy commissioner for public information.

Gov. Andrew Cuomo said in a statement that after the attacks in Paris he directed state agencies to "enhance their preparedness."