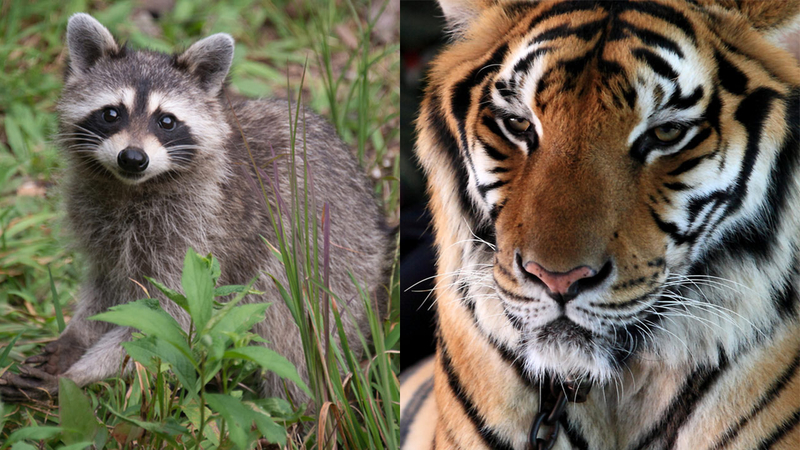 Only in NYC: Large raccoon prompts calls of tiger on street

WASHINGTON HEIGHTS, Manhattan -- New York City is known for its rats and cockroaches, but on Thursday morning, the NYPD received several 911 calls that would rattle the sturdiest of Big Apple residents.

Police say they received several calls just before 8 a.m. reporting a small tiger or similar animal in the street near West 162nd Street and St. Nicholas Avenue in Washington Heights.

ESU responded to the scene, and officers were able to safely catch what turned out to be a large raccoon.

It was taken in a cage to a nearby shelter.

Animal Care Centers of NY, which took custody of the raccoon from the NYPD, later released the following statement: