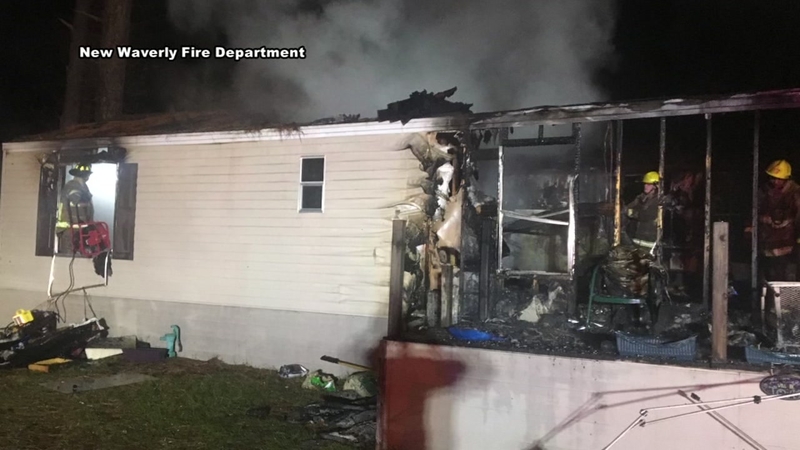 Firefighters say the sound of smoke alarms woke up the couple as smoke and flames filled their mobile home on Tafelski Road.

They told fire crews that flames blocked the doors they would have used to escape, and they couldn't see to open the windows due to the smoke in their bedroom.

Instead, they used a nightstand to smash a window, crawled out of the home and called firefighters.

The couple's three children happened to be staying with their grandparents, so they were not home at the time.

The home and everything inside it was destroyed. Firefighters were able to save some of the family's clothing.

Investigators are looking into the official cause of the fire but believe it may have started in the living room near the Christmas tree.

The couple told them the tree's lights were on and they had presents around the tree.