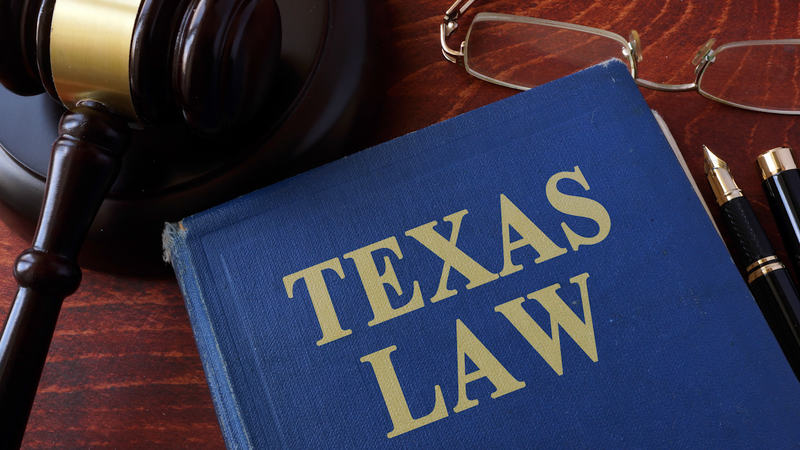 New laws in Texas that will go into effect on Sept. 1

A fresh set of laws will go into effect in Texas starting on Sept 1.

During the 2019 legislative session, major laws were passed, ranging on everything from hazing to lemonade stands.

Unsolicited Nude Photos
House Bill 2789 says it's now illegal for someone to send you nude photos you never asked for. The new law will make it a class C misdemeanor to send unwanted, unrequested nude photos by text, dating app, email or any other platform.

Late-Fee Bill
SB 1414, amends the section in Chapter 92 of the Texas Property Code that regulates fees for the late payment of rent. The bill will prohibit the collection of late fees until any portion of the rent has remained unpaid for two full days after the original due date. As for what that late fee charge can be, under the new law it's considered reasonable as long as it doesn't go over 12 percent of the rent for that period.

Feral Hog hunting
SB 317 says that landowners won't need a hunting license to pursue feral hogs that come onto their private property. It is still a violation to hunt without a license if, hunting without consent. The new law removes any reference to depredation and the exemption applies for the take of all feral hogs.

The new law only applies to private property, and is irrelevant of whether or not it is a paid hunt, although allowing hunting access in return for financial or other consideration still requires a hunting lease license from the Texas Parks and Wildlife Department.

Porch Pirates
A warning to those who have made a career out of stealing packages off porches: you could go to prison. A new Texas law set to go into effect Sept. 1 will make it a felony to steal anything considered mail, including letters, postcards, packages and other sealed items.

If you're caught and convicted, you could spend anywhere from six months to 10 years in prison. You could also have to deal with a hefty fine, ranging anywhere from $4,000 to $10,000.

Alcohol delivery
SB 1232 allows restaurants, bars or businesses with a mixed beverage permit to deliver alcohol with food to homes or other off-premises locations.

Hazing
SB 38 redefines hazing in many ways. The first major change will be civil and criminal immunity for "any person who voluntarily reports a specific hazing incident."

The second major change will affect how higher education institutions will be required to report hazing incidents to students. Schools and universities will now be required to send hazing reports to students at least 14 days before the start of each semester.

Under the new law, universities are required to include more information in annual hazing reports, such as when an incident occurred, the date the investigation began, descriptions of the incident and violations, the findings of any school investigations and the final sanction.

Cities and neighborhood associations will now be prohibited from blocking or regulating children under the age of 18 from trying to sell non-alcoholic beverages on private property.

Sexual assault kit testing
Texas is improving the processing and testing of sexual assault kits by enacting HB 8. This will establish a time frame for the submission and analysis of newly collected kits.

The bill will also prohibit law enforcement agencies from destroying rape kits related to unsolved cases for 40 years or until the statute of limitations expires.

Minimum age for tobacco sales
SB 21 says that people in Texas will have to be at least 21 years old to purchase cigarettes.

According to supporters of the age increase, the law should reduce the risk of addiction.

Increased fines/fees for drivers
SB 2048 will kill the Driver Responsibility Program, which required Texans convicted of certain traffic offenses to pay an annual surcharge on top of criminal penalties and court fines in order to keep and use their driver's licenses.

Drivers who've had their licenses suspended under the previous law will now get them reinstated.

All traffic tickets and moving violations in the state will be increased by $20 and intoxicated driver fines will increase as well.

Cough syrup
HB 1518 requires an age-18 requirement for the purchase of over-the-counter medicines containing the cough suppressant dextromethorphan, an ingredient which is abused by some teenagers to get high.