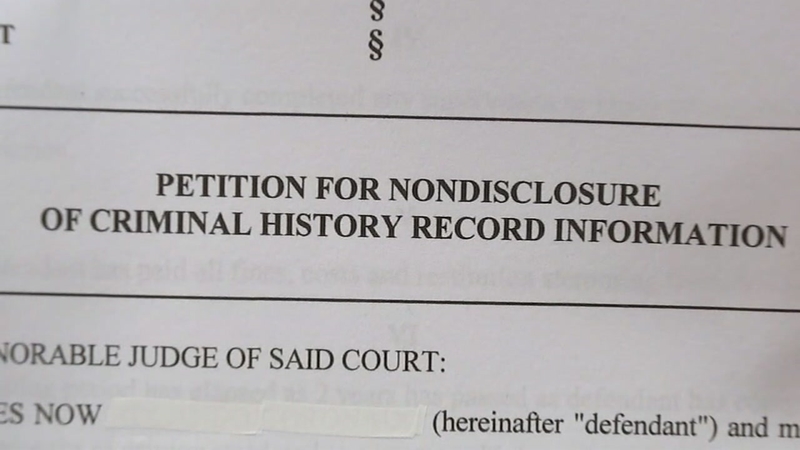 FRIENDSWOOD, Texas (KTRK) -- A new Texas law allows some D.W.I. offenders to keep their convictions off the public record.

"There was a degree of shame for having it and they wanted to fix it," Gutheinz said of his client's desire to have the convictions sealed.
It's called a "non-disclosure" of criminal history. In order to get it the person who drove drunk must meet strict requirements,

"It allows a person that's a good human being, that's done everything right in their lives except for one little mistake, to get a second chance," Gutheinz said.

"We want to give...an opportunity to have a second chance.. I think it's a step in the right direction," said State Rep. Senfronia Thompson, one of the bill's sponsors.

Mark Rodriguez's daughter Krysta was killed by a drunk driver in 2010. Since then, he and his family have created Krysta's Karing Angels, and they spend their days raising awareness about the dangers of drunk driving.
"The offender that hit our daughter, that was his first D.W.I offense," said Rodriguez. He is all about second chances but asks about the second chance he wishes Krysta had - the second chance so many would never get.

He spoke with ABC13 while standing in front of posters showing a number of victims killed or seriously injured by a drunk driver.

"Everybody you see behind me right now should still be here today. But they're not, because of a crime. And the crime is drinking and driving," he said.

Mothers Against Drunk Driving supports the new law, saying it means greater use of ignition interlocks: to get the record sealed within two years, a driver has to successfully use the interlock for six months.

The Harris County D.A.'s office says it looks at each request for sealing a D.W.I. conviction on a case by case basis, promising to challenge those requests if in the public interest.

Ultimately, it's up to a judge.