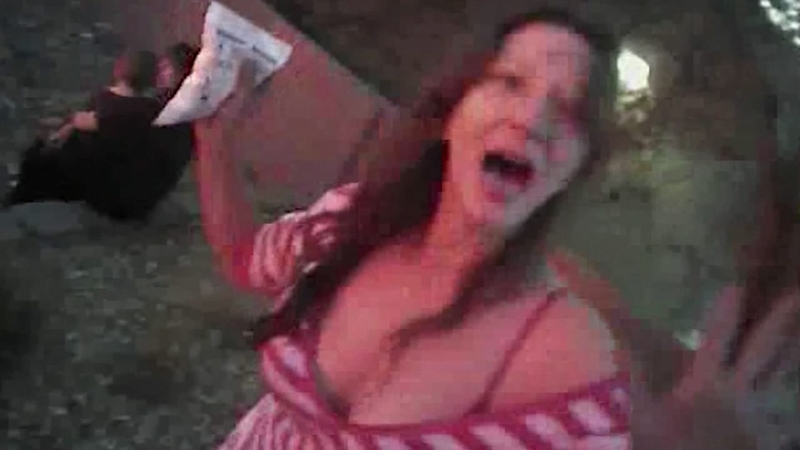 ALBUQUERQUE, NM (KTRK) -- Police say a woman involved in a DWI crash was caught on body cam taking a swing at an officer, all while holding her baby.

The dramatic video shows the woman holding a baby after the crash in Albuquerque, New Mexico.

"My baby! My baby!" she can be heard yelling on the video.

First responders and EMS tried to get the woman to let go of the infant, so he could be checked out for injuries.

But when the woman denied their help, video suggests she tried to hit the officer in retaliation.

"Do not swing at me," the officer says.

Officer Chris Poccia found the little girl, alone and cold, at 1am.

"I did not swing at you," she responds.

Viewers then hear police asking her repeatedly to sit down.

The woman was eventually handcuffed, and now faces felony charges.

The baby is now in state custody.