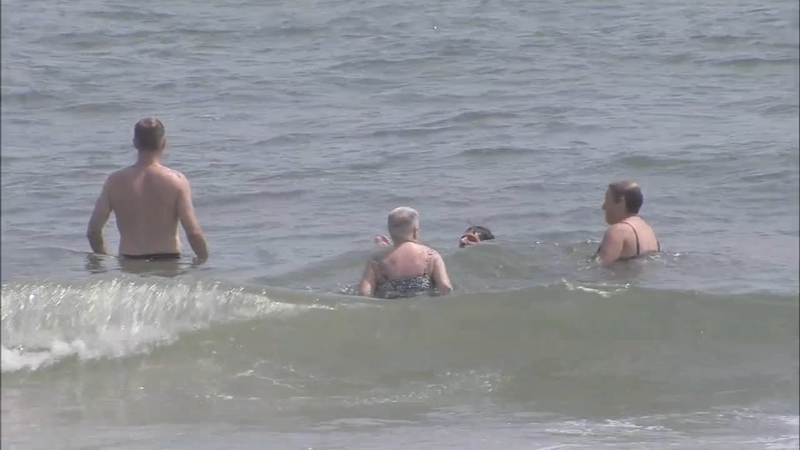 OCEAN CITY, New Jersey -- Some visitors to Jersey Shore are taking home a nasty, stinging reminder from their day at the beach.

Julie Carfagno is staying on the boardwalk after hearing reports of swimmers with skin rashes.

"It looks really itchy and it says its itchy," she said. "Nooooo."

Last Wednesday, for about 24 hours, there were issues in Ocean City.

"A lot of people coming up to the tent asking what is going on, little kids mostly with irritation in their suits," said Shanin Theiss, of the Ocean City Beach Patrol.

It's believed the problem is seabather's eruption, a skin irritation caused by contact with the larvae of certain jellyfish, tiny organisms just visible to the naked eye that can sting.

Left unchecked the trapped organisms can react causing an angry looking rash like this under swimsuits.

"We see this more commonly this time of year, end of the summer when the seawater is warmer," said Theiss.

Dermatologist Joseph Hong says the rash, much like bug bites, can be treated with antihistamines and cortisone creams but the best remedy is a timely shower.

"It's kind of an old-fashioned treatment. It's why your mom always told you to wash after you come out of the ocean," said Dermatologist Dr. Joseph Hong. "If you wash, get your bathing suit off, as soon as possible. You will get rid of these larvae, the things causing the itch, and you won't get the reaction."