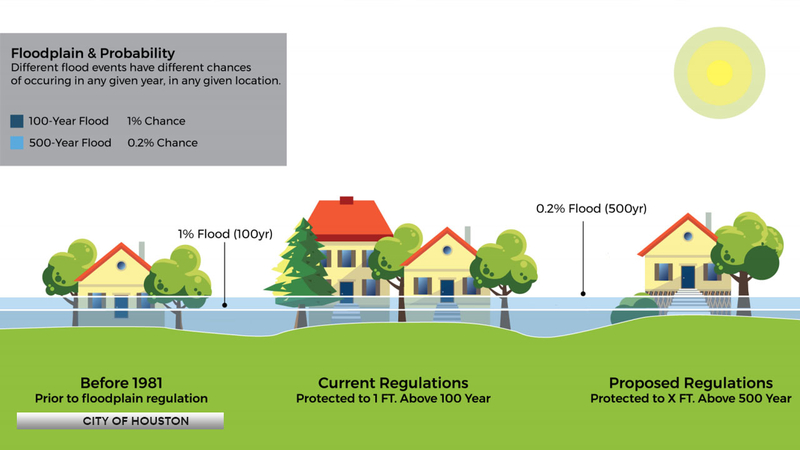 HOUSTON, Texas (KTRK) -- Houston city leaders want the public's thoughts on new rules that would require new and "substantially" updated properties to be built well above existing floodplains, though not all the specifics of the plan have been laid out.

How high buildings should stand above the water is still blank, however. That will ultimately depend on city input and city council members, who are seeking input from the public on the issue. You can submit comments through an online survey on the city's website.

"I hope all Houstonians will express the will of the people on the need for the City to move ahead swiftly on the flood ordinance changes I have proposed," Mayor Sylvester Turner said in a written statement. "When adopted by City Council, the revised ordinances will make sure that new dwellings are built high enough to protect lives and property in the 'post-Harvey era' where the next epic rainfall may be right around the corner."

Building to that height is expensive however. Some Harvey victims expressed concerns that they would be forced to spend hundreds of thousands of dollars to rebuild their homes to the new standards. In this case, a city spokesperson says those homes already in the rebuilding process may not be affected.
Report a correction or typo
Related topics:
houstonsylvester turnerhurricane harveyhouston floodhouston city council
Copyright © 2021 KTRK-TV. All Rights Reserved.
HOUSTON FLOOD 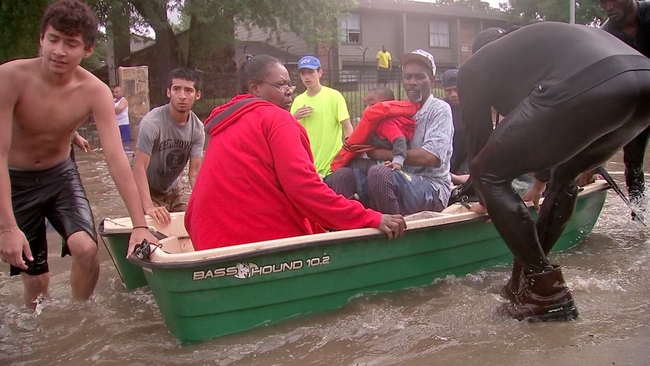