Glover was a welder in Missouri City. He and his wife, who were expecting their first child, lived on Wood Shadows Drive off Cartwright Road, a fairly new development at the time.

In the middle of the day on April 28, the young father-to-be was on the second floor of his home playing pool, according to crime scene photos. Detectives said there was a fight and someone shot Glover.

Blood splattered against the wall and the brown felt pool table. The glass stereo stand was left shattered.

Police said the 22-year-old jumped out of the second story window and ran for his life. But the shooter didn't let him get away.

Glover was shot a fourth and a fifth time before collapsing across the street on his neighbor's front yard. That neighbor called 911.

At the time, witnesses told investigators someone drove off in a pink or peach-colored 1978 or 1979 Cadillac.

"In the last couple of weeks, they (detectives) have really been looking to try and get information out to solve this case because they believe it's solvable," said Lt. Craig Cummings with DPS.

ABC13's Unsolved series wants to help families who have been searching for answers about their loved ones get closure. Here's how you can help keep these cases in the headlines.

As the years have gone by, witnesses in this case have died, making it difficult for detectives to drum up new information. Now the evidence collected from the scene more than three decades ago is coming out of the box and getting retested in hopes that the killer's DNA might be found. Glover's bloody clothing, a pool cue stick, a wine bottle and unidentified teeth from the scene just went back to the DPS crime lab.

DPS reached out to ABC13 for publicity on the case because of the "13 Unsolved" series that profiles cold cases.

You can also find each episode of the 13 Unsolved show on ABC13, wherever you stream video.

"We were looking for someone that has an audience that follows what you do," Cummings told ABC13 reporter Courtney Fischer. "If someone has an interest in cold cases, that's more people who can talk about what investigators are doing."

Glover's son would be a grown man now. He never met his father because someone took that from him. This is what investigators say is pushing them to continue working Glover's case.

"His family still lives with the burden of knowing that killer may be out there," said Cummings.

If you have any information about Glover's case, you are urged to call Crime Stoppers at 713-222-TIPS. Tips remain anonymous and if your information leads to an arrest you could get up to a $5,000 cash reward. 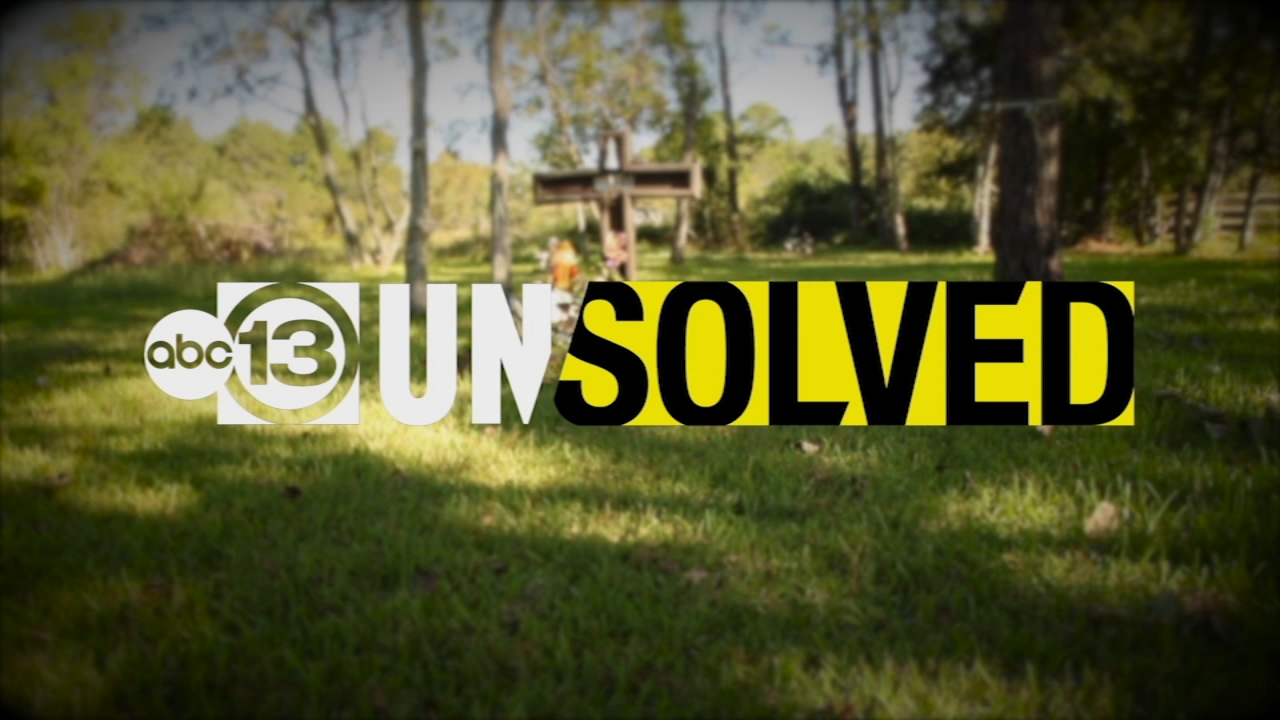 ABC13's Courtney Fischer's gripping report on the victims, the investigations and how they still haunt detectives years later.