Woman fatally shoots boyfriend after being held against her will: Deputies 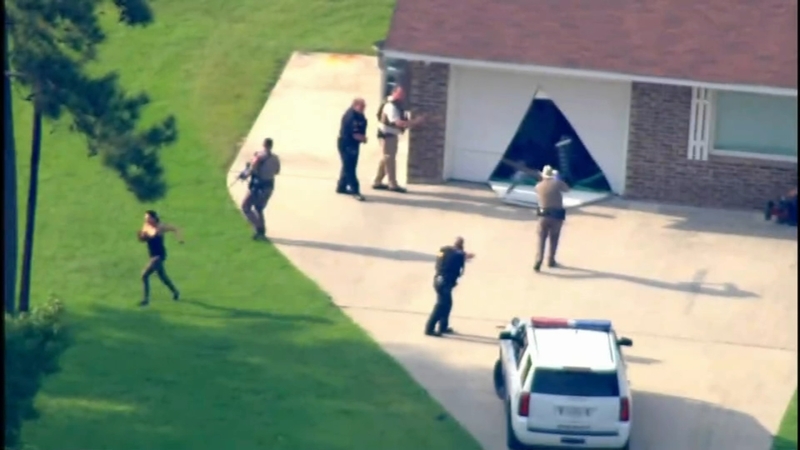 Woman fatally shoots boyfriend after being held against her will: Deputies

NEW CANEY, Texas (KTRK) -- Montgomery County deputies say a 40-year-old man is dead after a woman admitted she shot him.

Deputies say it happened at around 5 p.m. inside of a home on Laura Lane in New Caney.

The sheriff's office received a call from the woman who told deputies she had shot her boyfriend after he held her against her will.

Investigators say the couple had an altercation which led them to begin fighting over a gun.

The woman managed to take the gun from him and shot him.

That's when deputies say she hid herself inside the garage.

When deputies arrived on scene, they were able to help her escape by cutting into the garage.

In SkyEye video obtained from above the scene, a woman wearing a black top is seen escaping from a garage.

The Montgomery County Fire Marshals were able to scan the inside of the home with a robot, commonly used during SWAT situations.

The robot found the man's body and found no explosives inside the home.