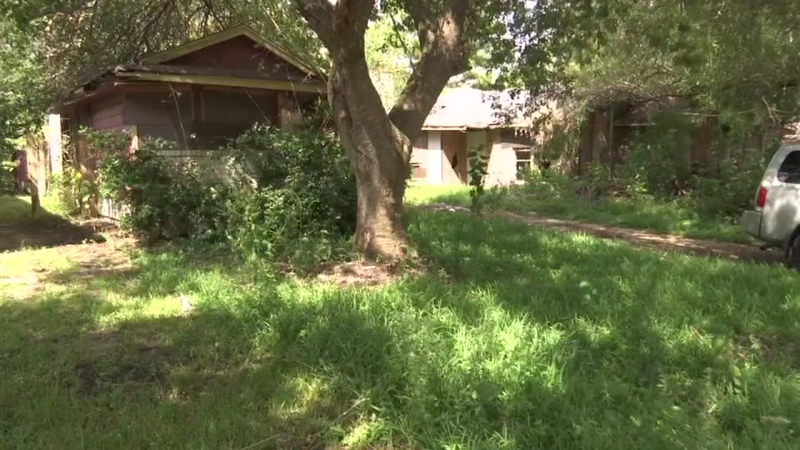 HARRIS COUNTY, Texas (KTRK) -- Two eyesores in northeast Harris County could be history, thanks to a court date.

For 15 years, Carla Johnson has lived near to what she believes is a nuisance.

"They're deplorable," Johnson says of the two homes on Greenpark Lane "They're run down. The roofs are caving in."

After the HOA dissolved, she didn't know where to turn.

"When you call one number, 'Oh, it's not us, it's someone else,'" Johnson said. "Someone gives you another number and you've got to call that number. You give them information, and then it's a waiting game."

When she finally reached the county public health department in April, it wasn't until October when the department cited the owner for rubbish, rodents, unsafe structure, unsanitary conditions, and weeds.

"I understand that everybody is busy, but at the same time, come on now. When is it going to be on your agenda?" Johnson said.

If you have a nuisance issue, the department said you can call (713) 274-6300, or submit information and photos through its app.

Last year alone, 2,500 complaints were made, but the department says the caseload and finding the owner can delay the process.

An investigation can lead to a court hearing in which a judge can impose fines. But, officials say that taking over the property is harder because of the money it would require.

It can be months or years in the making, but Johnson says persistence can pay off. "You have to stay on top of them," Johnson said. "If you don't nothing will get done. Nothing."

When Eyewitness News tried to reach the person that owns the two homes near Johnson, we were lead to a business but we were hung up on several times.

The property owner is scheduled to appear in court in December, where they could face fines.