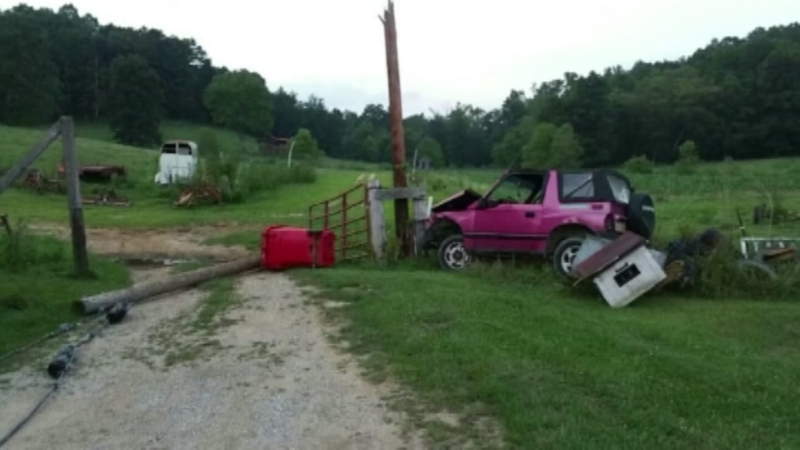 LAUREL COUNTY, KY -- Neighbors along Patton Spur Road are still buzzing about what happened to a couple who wrecked their car there.

"Well, he didn't know it, but he found out that there was a hive of bees there, and he had disturbed them," Dept. Gilbert Acciardo said of the driver.

Gary Lee Anderson, who lives nearby, had just fed his chickens when a wreck occurred.

"...All of a sudden, I heard a big boom, and I looked out my back door and the electric pole fell, and the lines were falling. And the Geotracker was sideways into the fence."

Then, the couple in the car, identified as Noah Elkins, 36, and Priscilla Simpson, 35, rushed to escape the stinging insects.

"And the guy came out, screaming and squalling and running around, about like a chicken with its head cut off," Anderson said.

He said the couple ran up the road, grabbed a hose outside his home and started trying to spray off the bees.

"It told him, 'You need to get out of that water,' but I didn't know he was getting eat up by bees. I thought he was just high," Anderson said.

Deputies said the couple was under the influence of drugs, looking for a place to swim.