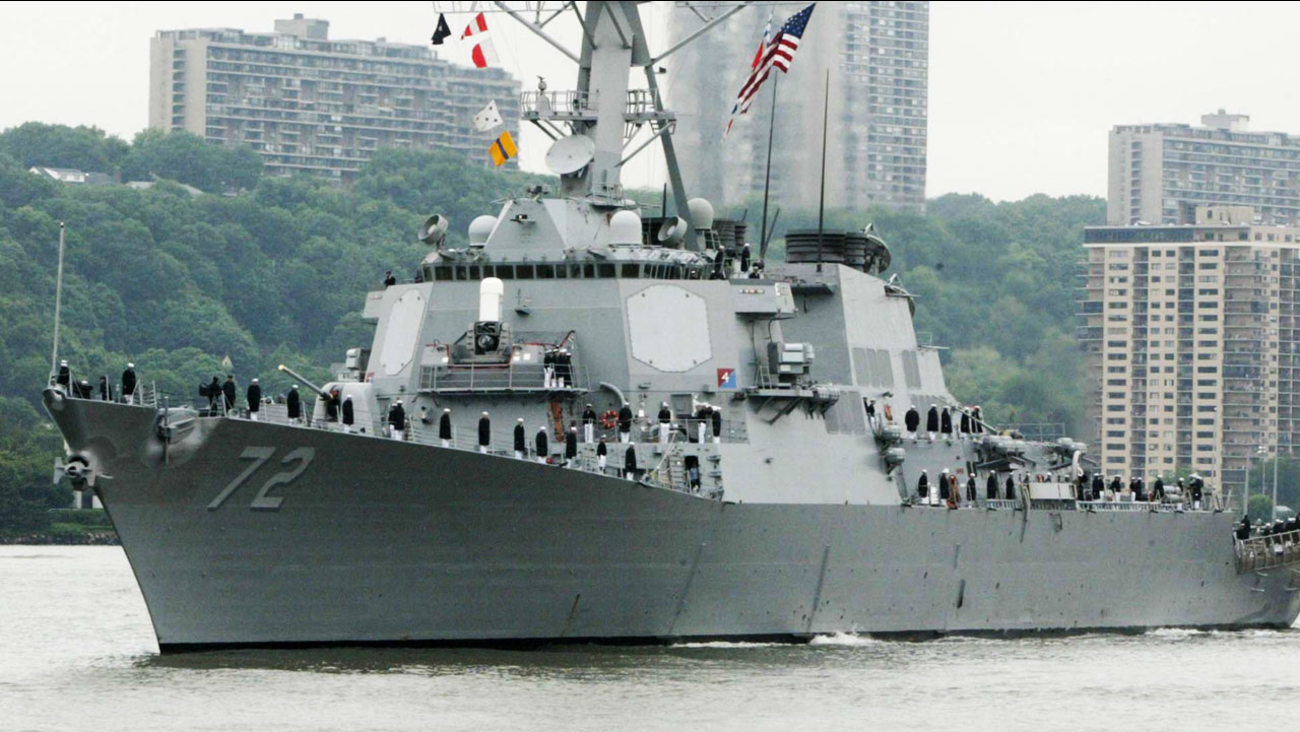 FILE - In this May 26, 2004 file photo, the USS Mahan, a guided-missile destroyer, moves up the Hudson River in New York during Fleet Week. (AP Photo/Ed Bailey, File)

The official, who spoke on condition of anonymity to discuss an incident not yet publicly announced, said a U.S. destroyer, the USS Mahan, was transiting the Strait of Hormuz on Sunday when a number of Iranian boats sped toward it and failed to respond to inquiries.

The Iranian boats broke away after the warning shots were fired, and then established radio communication with the Mahan by asking its course and speed.

Keep checking back on this page to get real-time updates as this story unfolds. To get alerts for breaking news, download the ABC13 news app for iPhone or Android. You can also get breaking news alerts sent to you by email.
Related topics:
navyu.s. & worldiran
Copyright © 2022 by The Associated Press. All Rights Reserved.
TOP STORIES
Preacher reaches out to suspect who stole from his church twice
Carjacking suspect threw 3-year-old out of truck, mother says
Officer shoots suspect in northeast Houston, HPD says
Fifth Ward residents upset over Union Pacific campaign donations
Expert weighs in on when you can buy a car amid chip shortage
Lina Hidalgo suggests DA could have her 'indicted' as political ploy
Santa Fe librarian still trying to make sense of high school shooting
Show More
Houston janitors fight for an increase in hourly pay
Police have no leads on skeletal remains found nearly 6 months ago
Here's why we're increasing rain chances and rainfall amounts
Houston Dash standout expresses excitement on equal pay decision
18-year-old arrested in shooting death of man with cane, HPD says
More TOP STORIES News