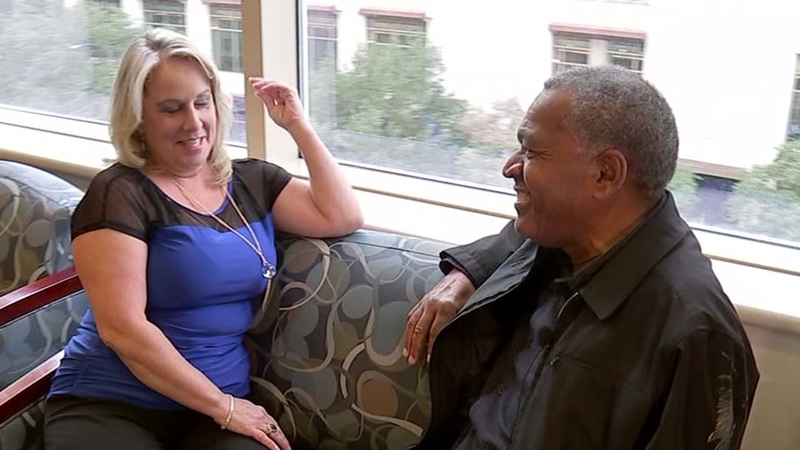 HOUSTON (KTRK) -- On the same week this Pasadena mother found out her son Cody was brain dead after falling ill, doctors told Ray Charles Anderson from The Woodlands some devastating news.

Anderson was told by doctors he could die, he said, "Well, they said previously on a visit to call my family together to say their goodbyes."

Anderson discovered he had heart disease and was put on a heart transplant list in 2012. He spent months at Memorial Hermann Heart and Vascular Institute waiting for a second chance at life.

He added, "I just felt God wasn't ready for me yet because I had grandkids and to watch them grow up. You had stuff to do. Yes, he wasn't finished with me yet."

Twenty-three year-old Cody had already signed up to be an organ donor. He died just months before his first son was born. Cody's mother Stacey Harsey said the transplant, "...helped me manage it a whole lot better. Just knowing him and knowing he helped save someone's life."

The timing and remarkable Ray and Cody's blood type were a match. Here is a picture of when Ray received a phone call informing him the he would get a new heart and kidney.

Harsey said of her son, "He lives on, he does."

Ray now jokes that 60 is the new 40 all because of his change of heart, "Everything came through. Yes, yes. I figured at that time. That wasn't the time to give up."