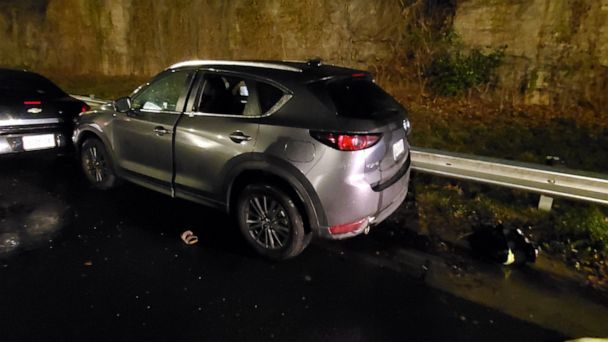 An intensive care unit nurse was shot and killed in Nashville, Tennessee, while driving to work at Saint Thomas West hospital. She was found dead inside her car Thursday night, the Metropolitan Nashville Police Department confirmed on Twitter.

Caitlyn Kaufman, 26, was fatally shot while driving through Interstate 440 in Nashville, police said. They found her at 8:52 p.m., but believe she was shot around 6 p.m.


Kaufman was from the small town of Chicora, Pennsylvania. She attended Butler Senior High School, where she was a star diver on the swim team before continuing her studies at Clarion University, WKRN reported. According to her Facebook page, she began working as an ICU nurse at Saint Thomas West in December 2018.

She was on the front lines of the COVID-19 pandemic until her untimely death.

"We are devastated to learn of the tragic and sudden passing of our ICU nurse Caitlyn Kaufman," a representative with Ascension Saint Thomas told News 2 in a statement. "She was a dedicated and much loved member of our MICU team and a courageous healthcare hero who was graciously called to serve our patients with compassion and kindness. Our hearts and prayers go out to her family, friends, and you, her colleagues, as we all grieve her heartbreaking passing. Ascension Saint Thomas has Chaplains and other support resources available at sites of care for grief counseling."


Nashville police have not yet identified the suspect and are asking anyone with information to contact Crime Stoppers at 615-74-CRIME.

"The sudden death of such a young nurse is always devastating, but even more so due to senseless violence. These are very emotionally trying times for health care workers. Our deepest condolences go out to Caitlyn's family, friends, and colleagues at St. Thomas West," the Tennessee Nurses Association told News 4 on Friday.

Kaufman is the third Saint Thomas West nurse killed since 2016. Ashley Brown, 26, was strangled and beaten to death, and her body was found in a trash can near Centennial Park in December 2016. Her killer has still not been found. Then, in 2017, ICU nurse Tiffany Ferguson, 23, was stabbed to death in her Wedgewood condo by an intruder. Her killer is serving life in prison.
Report a correction or typo
Related topics:
abc newsnational
Copyright © 2021 ABC News Internet Ventures.
More Videos
From CNN Newsource affiliates
TOP STORIES