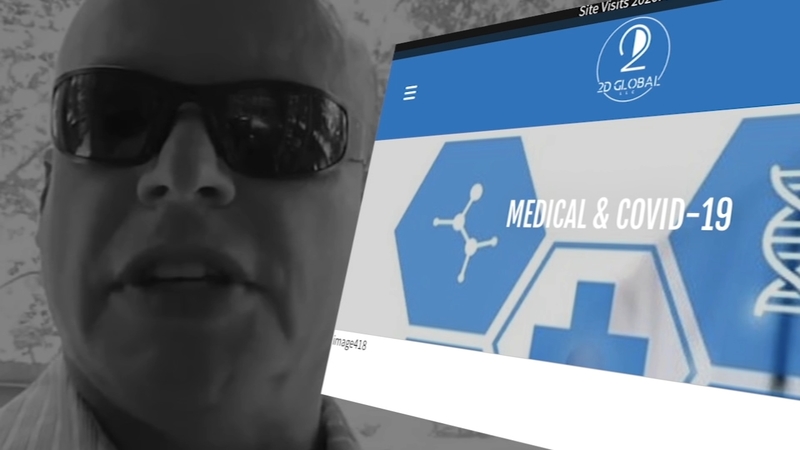 Former NASCAR driver PJ Abbott is accused of trying to sell N95 masks he didn't have.

HOUSTON, Texas (KTRK) -- A former NASCAR driver, who already faced fraud charges, is in jail accused of trying to sell one trillion N95 masks he did not have.

Patrick "P.J." Abbott, 56, was charged in federal court last week with one count of wire fraud. He was out on bond on two counts of securities fraud and one count of aggregate theft filed in district court going back to 2018.

According to court records, Abbott tried to peddle one trillion N95 masks manufactured by 3M. The problem is, his company, 2D Global, never had a relationship with 3M, the felony complaint said. Also, at 3M's current rate of production, it would take 909 years to produce that many masks.

In an undercover sting, FBI agents posed as buyers, ready to deposit $10 million in an account as a first payment on $300 million for 100 million masks. Instead, Abbott was charged with wire fraud and arrested last week.

"I was not surprised at all. I know how P.J. is. We were literally just waiting for his next move," said Bron Rathert, a former investor.

Rathert filed a defamation lawsuit and got a No-Contact order against him.

Abbott, a married father of two children, has always denied the allegations in online videos. His public defenders did not respond to ABC13's requests for comment. His bond on the state charges has been revoked. A bond hearing is set for Sept. 30.