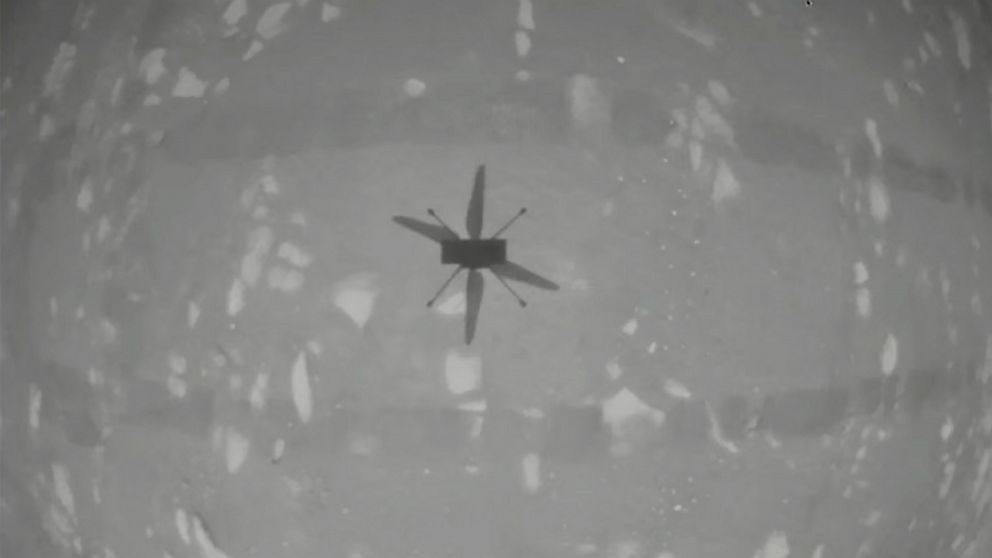 All systems were a go as NASA made history on the red planet Monday.

The agency launched its Ingenuity helicopter into the atmosphere of Mars around 3:30 am ET, marking the first powered, controlled flight of an aircraft on another planet.

The four-pound helicopter, which landed on the planet with the Perseverance rover in February, tested flight conditions in the planet's atmosphere, which is colder and has different levels of gravity.

The first test flight hovered at around 10 feet off the ground, according to NASA.

The flight was originally scheduled for April 11th, however, the agency had to postpone the take-off as engineers worked on preflight checks and a solution to a command sequence issue.

NASA said subsequent flight tests will be scheduled and they will be documented via high-definition cameras on the Perseverance rover.

"The Perseverance rover will provide support during flight operations, taking images, collecting environmental data, and hosting the base station that enables the helicopter to communicate with mission controllers on Earth," the agency said in a statement.

The flight was streamed live on NASA's website, as well as on its social media platforms at 6:15 a.m ET, when the data from the flight reaches Earth.
Report a correction or typo
Related topics:
abc newsnational
Copyright © 2021 ABC News Internet Ventures.
More Videos
From CNN Newsource affiliates
TOP STORIES