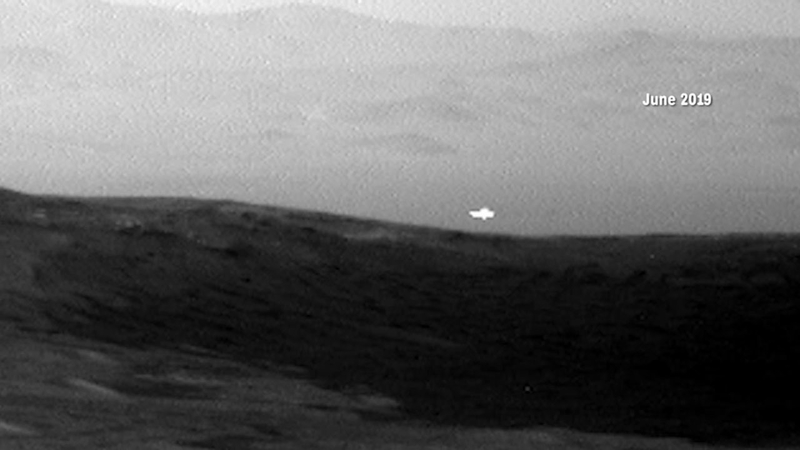 A picture snapped by NASA's Curiosity Rover on Mars shows a mysterious light in the distance, raising eyebrows online.

That light is seen on the right side of the photo. This has some speculating about the possibility of life on the red planet.

NASA's Curiosity Rover took the picture on Sunday, and a NASA scientist tweeted that the spot is probably just a cosmic ray.

Curiosity captured a similar photo on Mars' horizon back in 2014, but it was said to just be the sun reflecting off the rocky surface.