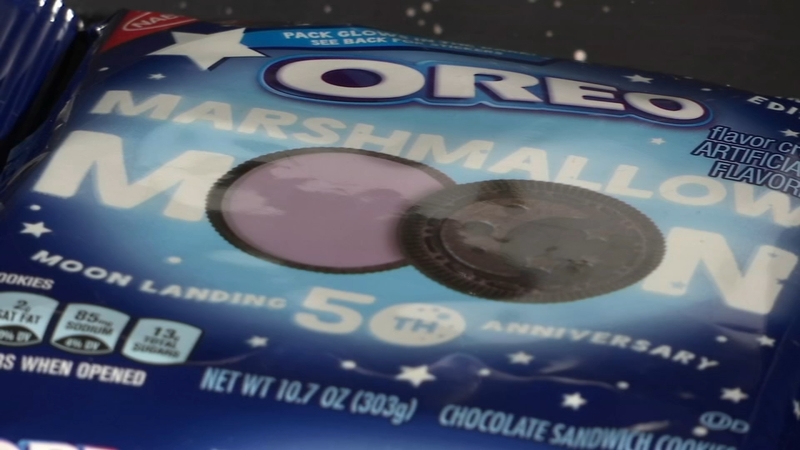 HOUSTON, Texas (KTRK) -- From cookies, beer, and even machetes, many companies are getting in on the fun to celebrate the Apollo 11 anniversary.

Saturday marks 50 years since we saw man first step foot on the moon, but you don't have to wait until then to celebrate.

You can buy goods that space collector Robert Pearlman, who runs collectspace.com, couldn't wait to get his hands on.

"There had to be a marketing advisor, there had to be a sales agent that saw that there was enough interest among the public in the moon landing, and space exploration, to invest money to change their product," Pearlman said.

Budweiser released a discovery reserve beer, made from a 1960s recipe. Oreos created a 'marshmallow moon' cookie, and Zippo released a lighter shaped like an astronaut.

"Their lighter of the year for 2019 was this moon landing lighter," Pearlman explained.

The company created a 50-anniversary box and there's even a 50th-anniversary machete made by Case Knives.

"This is a machete that flew aboard the spacecraft, in case the astronauts landed off course when they returned to earth and had to survive in a deserted area," Pearlman explained.

There are also Apollo 11 patches, pens, and Apollo 11 coins.

Pearlman collects NASA goods. He's excited to add these items to his collection. Products he's glad to see produced so the public can have limited edition items as well.

"In general, I love the idea where the public can come into contact with space exploration without seeking it out directly from NASA," Pearlman said.