EXCLUSIVE: Naked man caught on the streets of north Houston 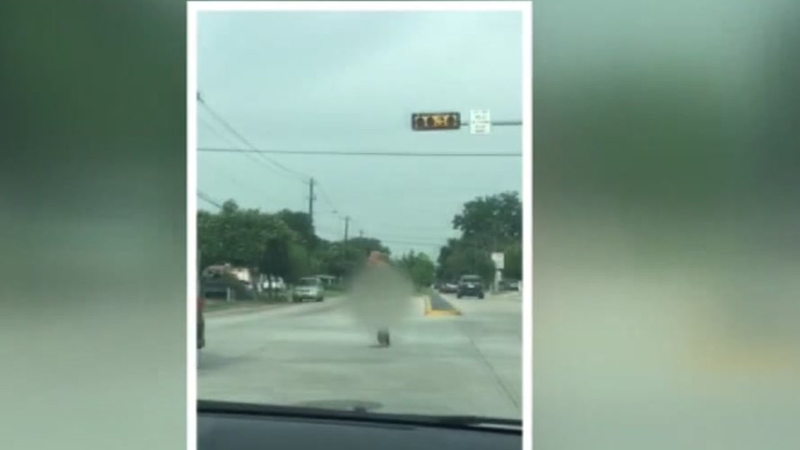 HOUSTON (KTRK) -- A naked man stopped traffic at a busy north Houston intersection Wednesday morning and it was all caught on camera.

He was singing and dancing at Parker Road and Northline, just blocks away from the North Freeway. The man was in his 'birthday' suit, with his pants down at his ankles.

"We've had the drive-bys, we've had the run-bys. We've had all kinds of stuff going on through here," said Geneva McCoy, who lives near the intersection.

When we showed her the video, she said nothing shocks her around here anymore.

Her daughter was a little more shocked.

"That is too crazy," said Malinda Doehrmann.

Perhaps the most surprising part of the video was a Houston police officer passing right by the naked man. It's unclear whether that officer called it in or turned around.

Doehrmann believes she passed through the intersection right before the man was getting started.

"I was turning and a whole lot of action was going on behind my truck. I don't pay any mind to it because I have five kids in my truck. I'm just trying to get to where I'm going. I ain't turning around for nobody."

One witness tells us police eventually came and the man was taken away in an ambulance.

"He was kind of crazy though," she said.