String of break-ins reported at businesses in Houston's East End 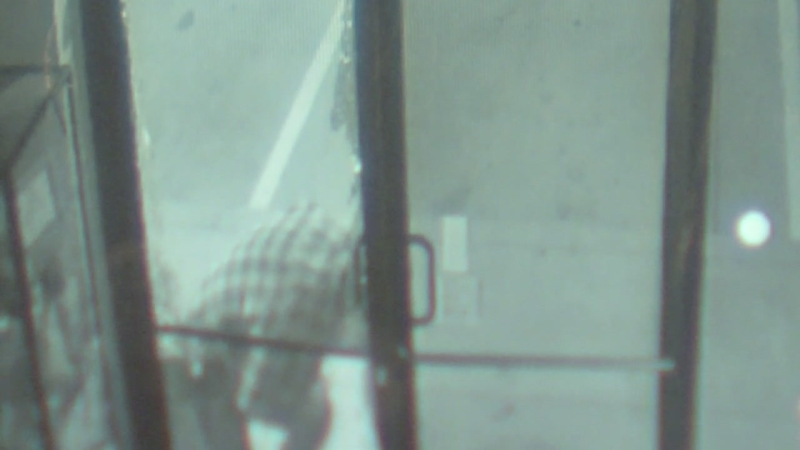 String of break-ins reported at businesses

HOUSTON, Texas (KTRK) -- At least five break-ins were reported in just a few hours this week at businesses in Houston's east end.

Among the places targeted were two high-profile restaurants, a brewery, coffee shop, and a nail salon.

Maldives Nails security video shows a man breaking the front door in with a rock and shattering the glass. He strolls through the business, opening doors, and concludes the break-in by taking only a cupcake that had been left by the register. Nothing else was taken.

The same suspect is believed to have smashed a window several blocks away at El Tiempo. Each cash register was damaged beyond repair.

"They were hammered, they were broken-in, there were no more cash registers left," said assistant general manager Lupita Perez. "There was no cash in them to take. We don't keep cash."

He didn't resort to stealing anything.

"Not a bottle of liquor was touched," she said. "And he didn't take any food."

He did rip out the wires to the security cameras, but the trail resumed just across the street at Ninfa's on Navigation.

Security cameras recorded his entry, once again made by breaking a glass door panel with a rock. From there, the man, who wore a plaid zippered jacket, made his way into the restaurant. He found the office door -- which was locked -- by crawling through the ceiling.

The video shows him trying to open the safe and then turning his attention to a file drawer, which he opened then closed. He opened another cabinet, grabbing iPads and some spare change.

"About 90 cents was in there. He took that and a couple of iPads that the servers use," said general manager Jon McAloon. "But he also gave us a great picture of his face."

He was gone before police arrived.

"I'm just glad nobody was in the building at the time. At the end of the day, that's what matters."

Back on Canal, Moon Towers Inn reported a break-in.

"He broke through two doors," said owner Evan Shannon. "All that we can figure out was taken was about $4 in quarters."

The same area east of downtown was targeted by a five member team of burglars several months ago. In those cases, they got away with some cash and goods, but probably far less than they expected to find.

The restaurants are stepping up security, including even more cameras. All have alarm systems.

If you recognize the man in the video, you can call Houston police, or any of the businesses affected.
Report a correction or typo
Related topics:
houstonburglarynail salonbreak in
Copyright © 2022 KTRK-TV. All Rights Reserved.
TOP STORIES
3 adults and 1 child dead in apparent murder-suicide, deputies say
HPD officers fatally shoot man after chase and crash in NE Houston
Enjoy the City of Pearland's International Cuisine Trail
Preacher reaches out to suspect who stole from his church twice
Carjacking suspect threw 3-year-old out of truck, mother says
Here's why we're increasing rain chances and rainfall amounts
Teens accused of stealing car Katy mom used to comfort son with autism
Show More
Expert weighs in on when you can buy a car amid chip shortage
Lina Hidalgo suggests DA could have her 'indicted' as political ploy
Biden meets with Democratic senators on college loans
Grand jury indicts man in Buffalo supermarket shooting
Fifth Ward residents upset over Union Pacific campaign donations
More TOP STORIES News