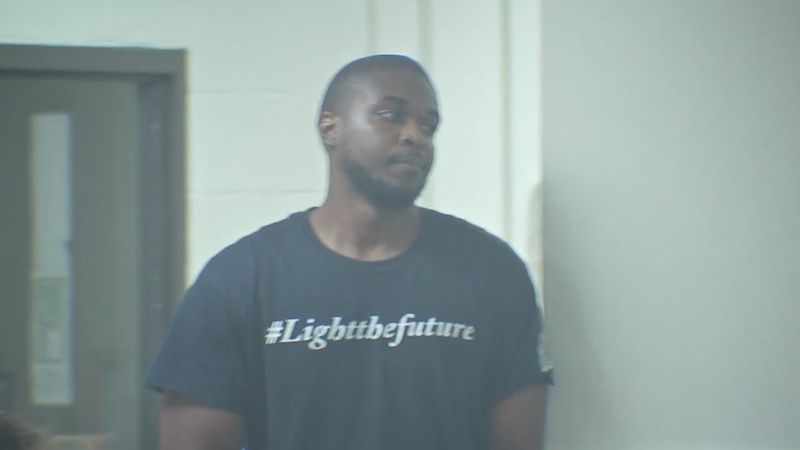 HOUSTON, Texas (KTRK) -- The 24-year-old man charged with murder after a woman's body was found in a recycling bin in his bedroom faced a judge overnight.

Alex Akpan, who wore a black T-shirt with the Bible verse Psalm 82:3 written on the back, stood in court as new details came out surrounding the death of his alleged victim, 23-year-old Irene Yemitan.

Akpan had only known Yemitan for a few days. Authorities have not said what the possible relationship may be between them.

According to court documents, on Sept. 5, Akpan's mother went inside his room at their home in the 9600 block of Wellsworth Drive to see if he was there.

She stated that it wasn't normal to have the recycling container there since it's usually in the back yard. When she looked inside, she saw a foot.

She tipped the bin over and saw the body of a woman, who was later identified as Yemitan.

That's when she called her ex-husband over to the house. When he arrived, they pulled Yemitan's body out of the bin and attempted to do CPR. They called 911, but Yemitan was already dead.

Investigators noted the victim had no apparent signs of injury. Court records say she was strangled.

The prosecutor said that when Akpan got home, officers questioned him. He refused to answer them and asked for an attorney.

On Thursday, prosecutors asked for a $500,000 bond, claiming Akpan was a flight risk. They also say Akpan's family was planning to send him to Nigeria.

Akpan's bond has been set at $250,000. He has also been charged with tampering with a corpse.

Akpan is due back in court on Friday.