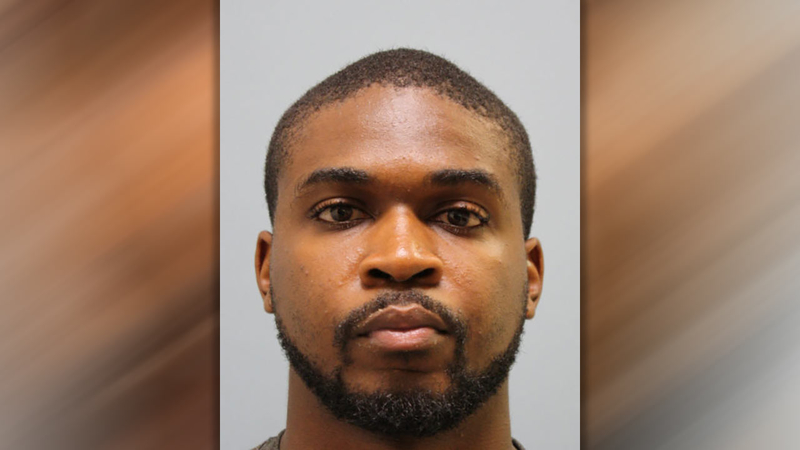 HOUSTON, Texas (KTRK) -- Authorities are trying to identify the mystery woman who was found strangled and left inside a recycling bin in a Houston man's bedroom.

DISTURBING PHOTO WARNING: Photo of female victim may not be suitable for everyone.

Alex Jude Akpan, 24, is charged with tampering with evidence. Court documents state that his mother found a woman's body inside a green recycling bin in his room.

The Harris County Medical Examiner said the woman was found dead on Sept. 5 in the home in the 9600 block of Wellsworth Drive. Her identity is not known.

The Harris County Sheriff's Office said the residents of the home said they do not know who the woman is.

Akpan is out on bond. The Harris County District Attorney's Office asked for a higher bond, stating that he could be charged with murder.

Eyewitness News spoke to Akpan's sister by phone. She said she doesn't live at the home and has not talked to her brother. She also said she didn't know who the woman was.

The Harris County medical examiner's office is asking for the public's help to learn who the woman was. She is described as a young black woman, 5'6" in height, weighing about 162 pounds, with short to medium length black hair. She had single ear piercings with large yellow metal hoop earrings. She was wearing a striped t-shirt with the words 'NYC Classic' and olive green pants labeled as being from "Forever 21." A gray Hanes brand zipper hooded sweatshirt (size small) was tied around her waist. She was found without shoes or socks.

Investigators need your help identifiying the clothing from a woman found strangled to death in SW Harris Co. 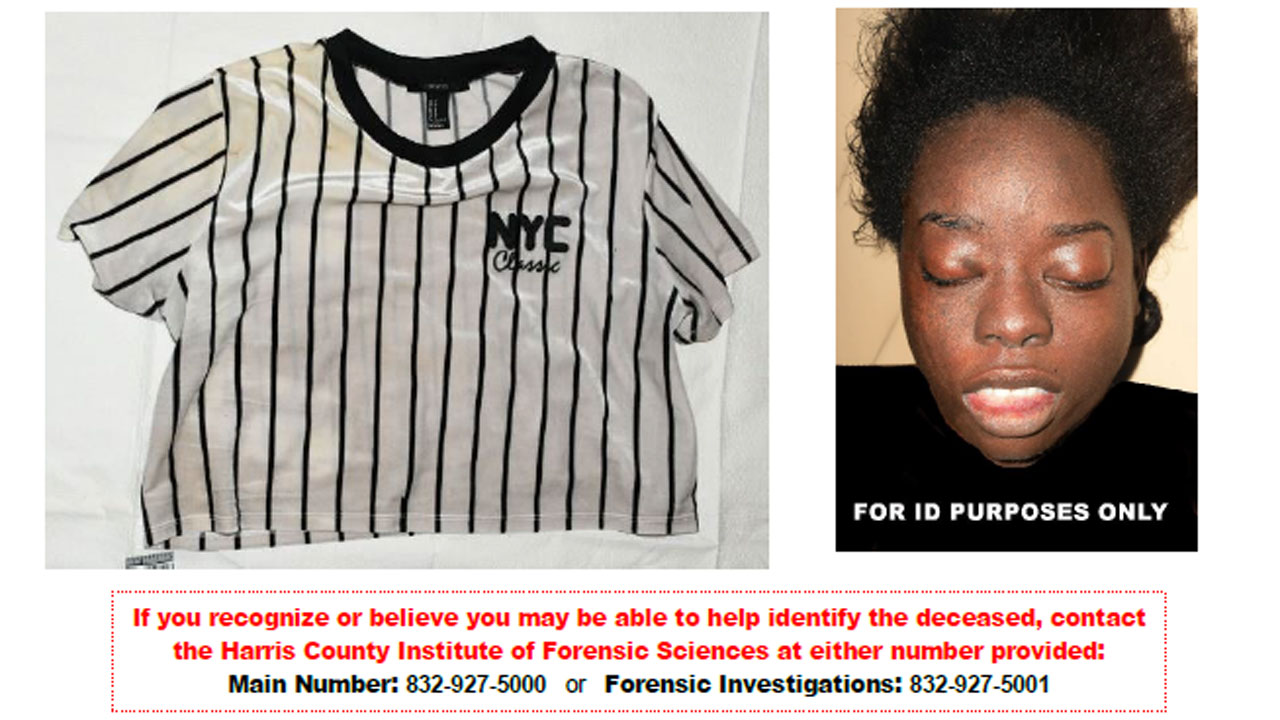