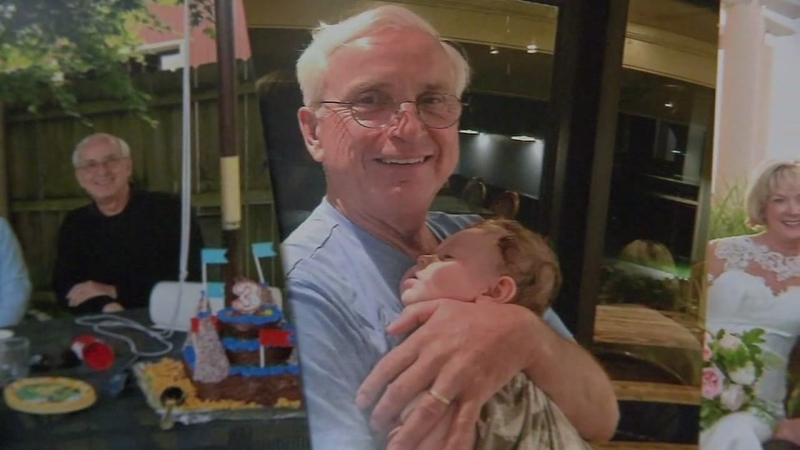 Family pleads for help in finding the person who killed thier loved ones.

WOODLANDS, Texas (KTRK) -- A Conroe-area family is asking the public for help in finding the person who killed their cherished love one.

Allen Tod Johnson was shot to death in a vintage car near the Conroe-North Airport on Aug. 17.

Johnson was a beloved member of The Woodlands and Conroe communities, with four grown children, seven grandkids and newly married to his long-time girlfriend, Andie.

"Unbelievable. Devastating for us. Just out of the blue you're gone," Andie said.

As shocking as his murder is, it is just as mysterious. Andie said, "We don't know why, who, what happened?"

The Navy veteran who served in Vietnam had a passion for building planes and cars, even renting his own hanger at the Conroe airport.

He was on his way to the hanger on the morning he died, driving in his 1956 vintage homemade Corvette.

Police say he was found shot and killed inside the car, which crashed 100 feet from the airport.

"When we received the call that there was a crash and there was a guy wrecked out, that was it. That's all we have to go on. No one has called in prior to that," Conroe Police Sgt. Scott McCann said.

So far, police have no witnesses and no weapon. Allen's valuables like his wallet and iPad were still in the car.

With no motive, police and family are now asking for the public's help.

"Somebody's got to know something," said Johnson's daughter, Amy Graves.