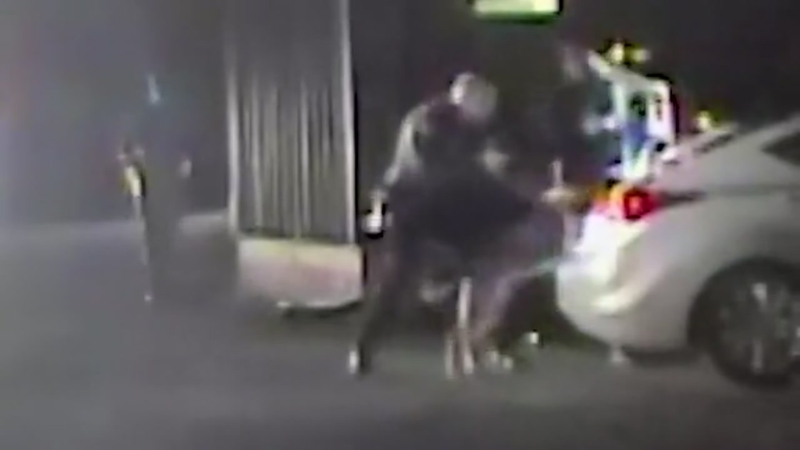 MUSKEGO, Wisconsin (KTRK) -- A Wisconsin police K-9 dragged a wanted man out of the trunk of his girlfriend's car, where he was hiding was all caught on dash cam video.

It only took the dog seven seconds to pull the wanted man out of the trunk of the car.

It reportedly started as a traffic stop around midnight Wednesday.

The driver, Sarah Palmersheim, pulled into a parking lot and then drove off.

According to WISN, Palmersheim said her boyfriend, Jeffrey Brown was hiding in the trunk of her car. Brown had a warrant out for his arrest.

Police ordered Brown out of the vehicle multiple times, but he refused. They eventually used a key fob to open the trunk, only for Brown to reportedly close it from the inside.

On their second attempt to open the trunk, police let the K-9 at Brown. The K-9 held it's grip on Brown while officers put him in cuffs.