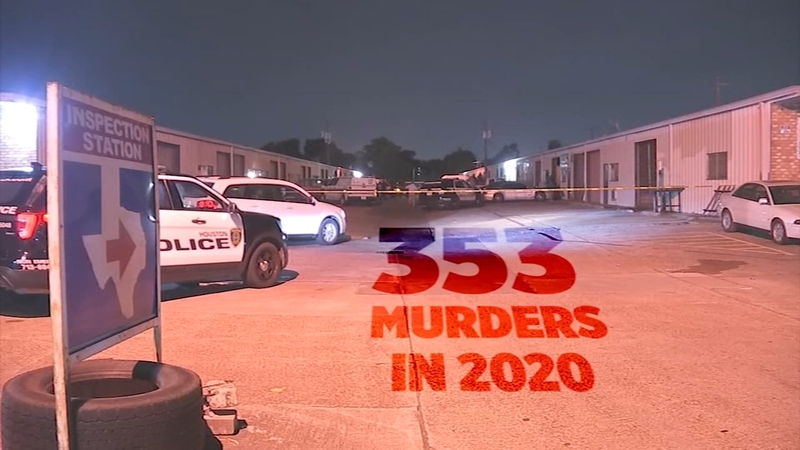 HOUSTON, Texas (KTRK) -- Houston's murderous 2020 is showing no signs of slowing down. In the last three days, the city lost six more people to murder. The total now sits at 353 killings in 2020 in the city of Houston alone. It is a 45% increase over the murder rate this time last year.

The increase of 109 killings over the amount in 2019 is more than the Houston homicide rate in 2010. 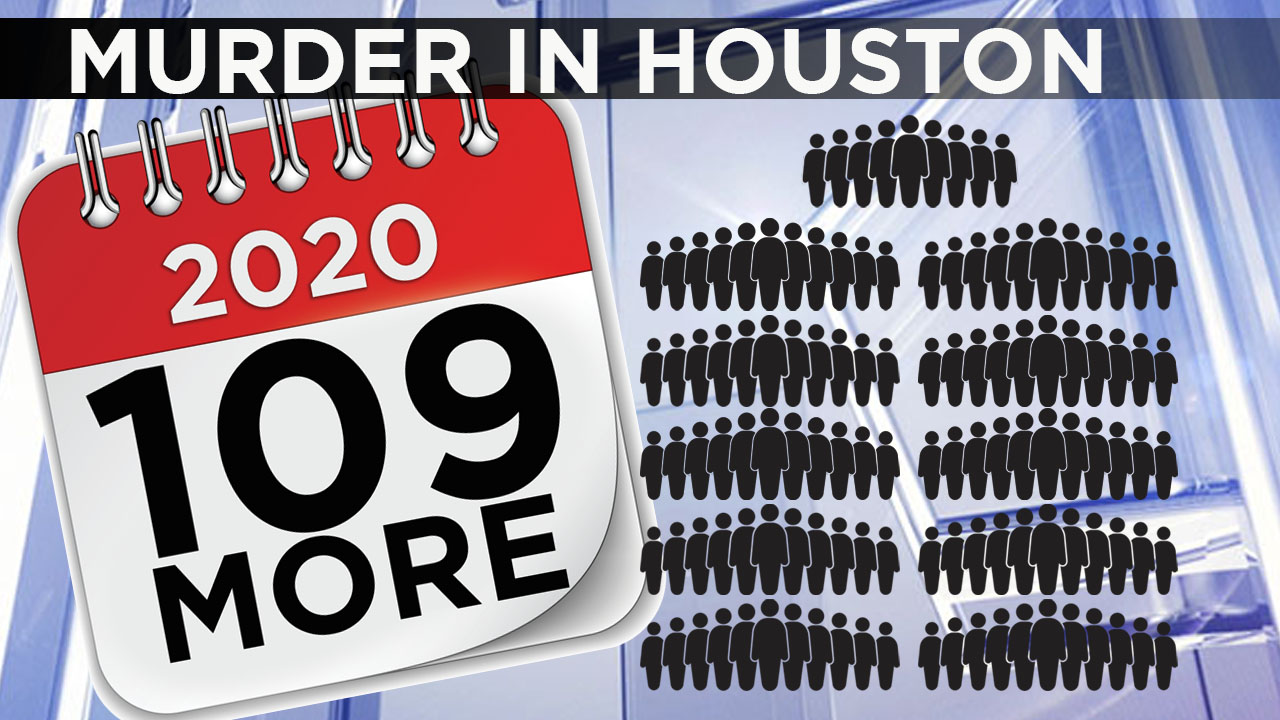 Friday afternoon, HPD Chief Art Acevedo explained to an anxious city, "There is no norm. This has been a very abnormal year for Houston and across the nation."

Murder is up in almost every large city. A study released this fall by the Council on Criminal Justice shows murder up in 27 American cities by a staggering 53% this year.

13 Investigates did look around the area. Murder is up 27% in Harris County and up 150% in Galveston County (but Galveston County has just five this year compared to two in 2019). In Montgomery County, homicide is down 19%. Calls made on Friday to other departments were not returned by deadline. 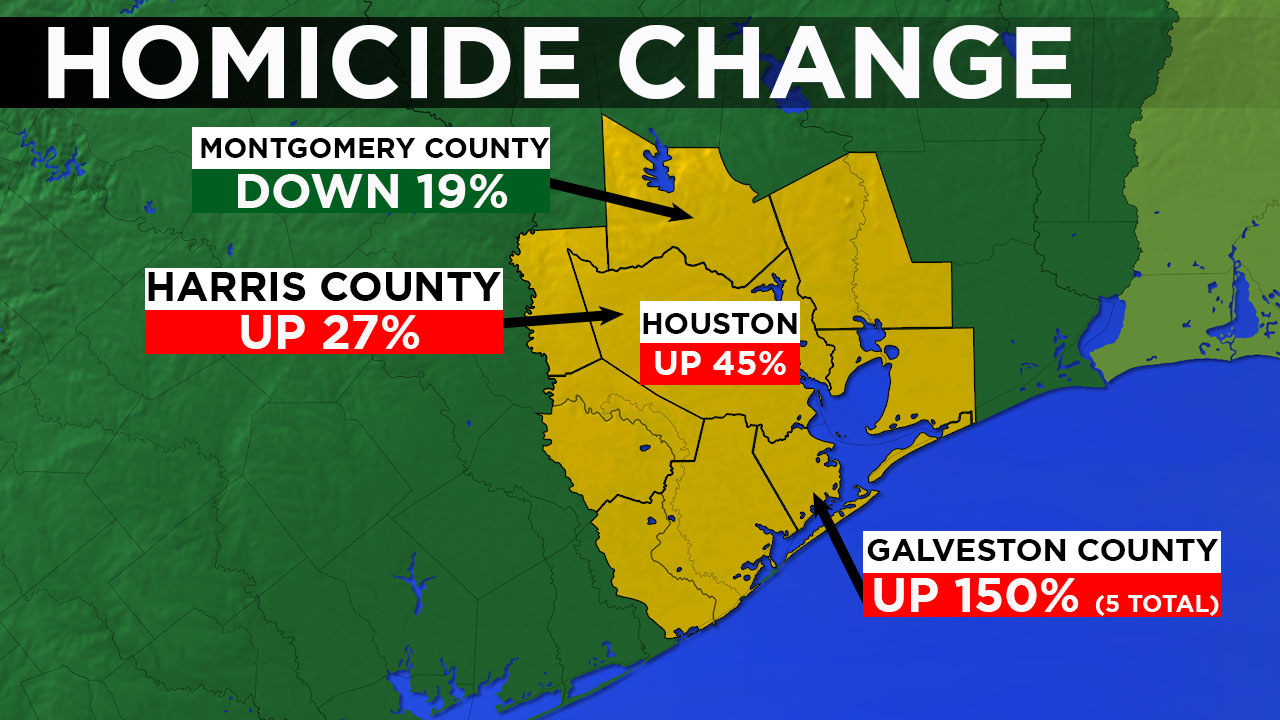 On Oct. 19, Houston Mayor Sylvester Turner rolled out a $4.1 million overtime initiative using federal CARES Act (COVID-19 relief aid received from the federal government) dollars. At the time, Turner promised, "Beginning today through the end of the year, there will be an additional 110 officers deployed each day."

A month later, it is unclear how many of those targeted crime-fighting shifts have been worked. Chief Acevedo explained, "You can't just spend those $4 million overnight." The department later added some of the money has been spent, but it takes time to gear up. The Houston Police Officers Union told 13 Investigates they just heard of the overtime shifts opening up this week, and not all were being taken as fast as they have in the past. The union says the department is now resorting to "strongly encouraging" officers to get the shifts filled.

Acevedo still believes it will have an effect - just not immediately.

"Historically, when you increase your footprint in an area, violent crime goes down," Acevedo explained at a Friday afternoon news conference.

The amount of crime hasn't decreased yet, and murders are increasingly harder to solve. This year, there have been arrests in just 46% of Houston's murders. It means nearly 200 killers are still on the loose.

Acevedo told reporters he's given the homicide squad everything they've asked for. Department records show there are only two more homicide detectives today than in 2018 before this spike started. The department's homicide commander told us Tuesday she needs more help.

"I've asked for what the department can provide for us to be able to do the job we need to do," Commander Belinda Null said.

Late Friday afternoon, Acevedo told 13 Investigates it is possible a request for manpower still hasn't made it to his desk.