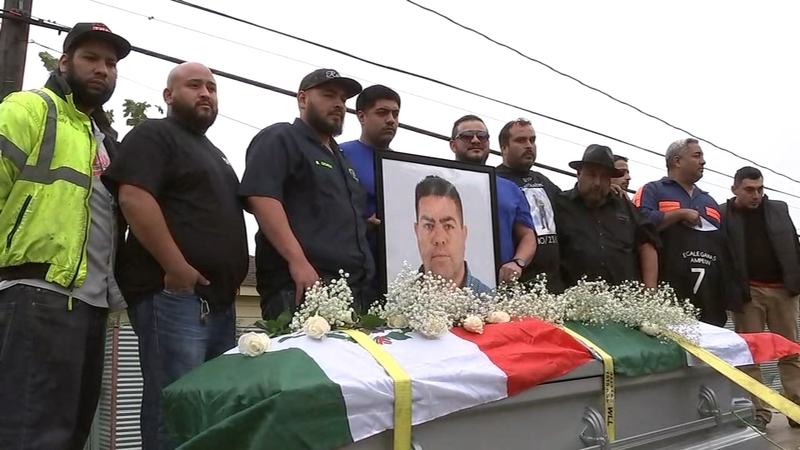 HOUSTON, Texas (KTRK) -- Family and friends gathered to say goodbye Wednesday to a tow truck driver who was murdered on the job.

Competitors of Augustin Martinez took work off for a special send off, including a tow truck procession for the fallen father.

Vigil held in honor of wrecker driver killed on the job

Martinez's photo was displayed before the procession in northwest Houston.

His killer became well known after police learned Martinez had snapped a photo of his shooter before he died.

Police have identified and charged 42-year-old Idelfonso Gamez Torres with murder, but he is still on the run.