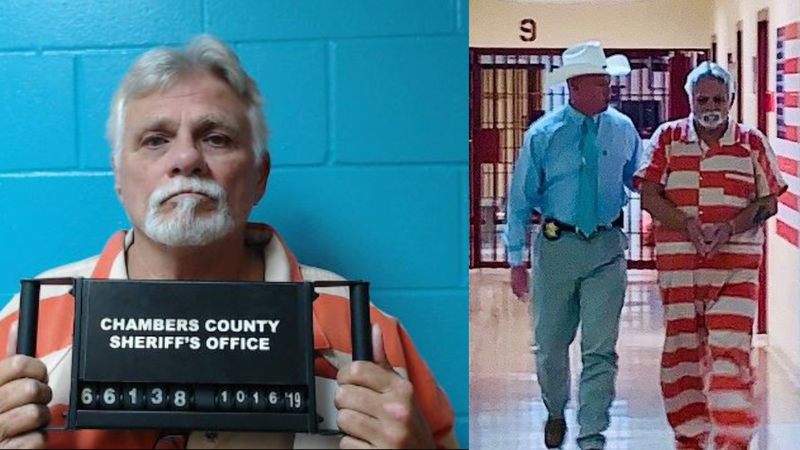 CROSBY, Texas (KTRK) -- The man accused of killing a bar owner during Tropical storm Imelda has been arrested.

James Howard, 69, was arrested in Las Vegas for the murder of 58-year-old Ralph Lee Machala, the owner of Pooky's Tavern in Crosby..

On Sept. 21, a realtor found Machala's body at the end of a long dirt road off of Tri City Beach Road in Chambers County.

Chambers County Sheriff Brian Hawthorne said it appears that the 58-year-old was not shot at the location where he was found.