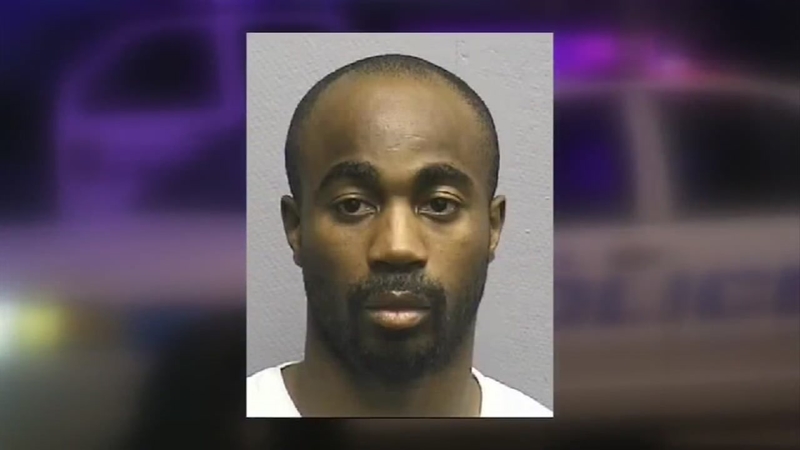 EMBED <>More Videos
HOUSTON (KTRK) -- A previous murder charge could come back to haunt a man who's accused in a 2015 murder and is a person of interest in an attempted assassination of a state judge in Austin.

Chimene Onyeri was charged in the murder of Jacobi Alexander last week. Alexander was shot and killed in an apartment complex in southwest Houston in May.

In 2008, Onyeri was charged in the murder of Kenneth Brooks Jr.

"I remember this place. It's the first time back here since the day it happened," said Brooks' mother Jessie Thomas. "Just bringing back memories of that day."

Thomas has been fighting for justice since her son was killed. Brooks was only 18 years old and about to be a father for the first time. Onyeri was indicted in the murder, and even charged. Then, prosecutors decided to drop the charge against him.

"We were all stunned, but there was nothing we can do about it," Thomas.

According to the states file, prosecutors decided to drop the murder charge to go after Onyeri for an earlier aggravated robbery charge. They felt the evidence against Onyeri wasn't stronger in that charge. It was a gamble. The verdict came down, Onyeri was found not guilty and set free.

"It just tore me up because he was let loose again, once again to kill," said Thomas.

Years went by, the bad news followed Onyeri. There were more arrests, and more mugshots. Thomas said she tried to hold on to hope, seeing her son in his young daughters eyes. Then, just last week, after all those years of waiting, Onyeri's face flashed across Thomas' TV screen.

"That's all I could think is that they got him. I said he won't get away this time. They got him," said Thomas.

Onyeri was arrested for the May 2015 murder of Jacobi Alexander. Onyeri is now a high-profile person of interest in the attempted execution of state Judge Julie Kocurek. Onyeri was due in her court next month. Tonight, Thomas says an investigator gave her a gift.

"He told us that my son's case was laying on his desk open. That was another relief to know that they did go back to that file," said Thomas.

No promises, but Thomas said it's enough for now.