North Freeway back open after motorcyclist killed in multi-vehicle crash 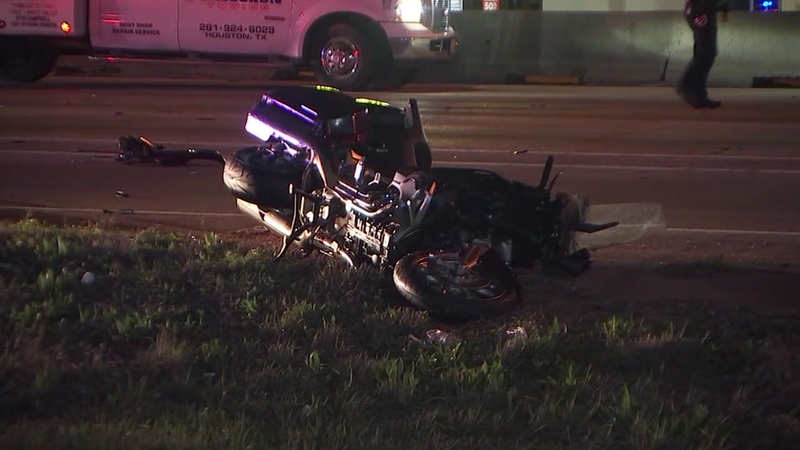 HOUSTON, Texas (KTRK) -- The North Freeway southbound at Parker is back open after a multi-vehicle crash that killed a motorcycle rider early Monday morning.

The wreck had the freeway shut down since 2:30 a.m. The HOV lanes were also closed but have since reopened.

Officials say it appears there were two different accidents.

In the first crash, a motorcyclist and the driver of a Chevy Silverado pickup truck collided.

The motorcyclist died from his injuries.

The driver in the truck apparently slammed into the HOV lane retaining wall, turning the vehicle onto its side and causing it to face the wrong way.

Firefighters pulled that driver from the cab of the truck. Authorities tell ABC13 he was taken to the hospital in critical condition.

Investigators say at least two or three other cars crashed after that.

The drivers in that second incident are OK.

A motorcyclist is dead after a crash that has shut down the inbound lanes of the North Freeway at Parker.

According to Lt. Larry Crowson with the Houston Police Department, there was a report of vehicles racing on the freeway. Officials say they are not sure if that's the case and are still interviewing witnesses.

A deadly crash has shut down the inbound lanes of I-45 at Parker.