Motorcyclist killed hit curb on US-290 before he fell off his bike, deputies say 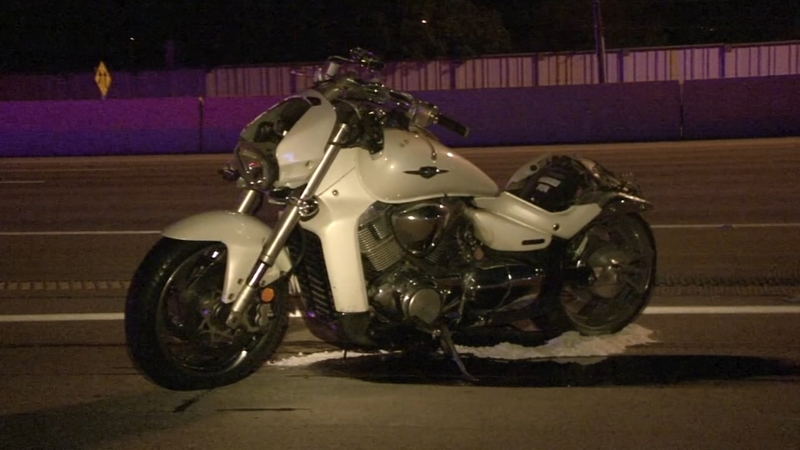 Motorcyclist killed after hitting a curb while entering US-290

HARRIS COUNTY, Texas (KTRK) -- A man in his late 50s was killed in a motorcycle crash on the feeder road of US-290.

Harris County sheriff's deputies say the man was trying to enter the freeway at Mueschke around 10:30 p.m. Thursday but did not see a curb.

The motorcyclist hit the curb, causing him to be thrown to the ground, deputies said.

District 5 deputies responded to a motorcycle crash on US 290E at Mueschke. The rider (without a helmet) was thrown from the bike and died on scene. Vehicular Crimes is investigating. @SheriffEd_HCSO @HCSOTexas @HCSO_Patrol @HCSO_D5Patrol @HCSO_LECommand pic.twitter.com/kvHYI7wMc7

According to the sheriff's office, the man was not wearing a helmet when he hit his head, killing him instantly.

"A motorcycle being operated by a white male in his late 50s decided to take the entrance ramp too late, failed to drive in a single lane, struck the curb, at which time he became separated from his motorcycle, sustaining injuries unconducive with life," said Sgt. Daniel Cooper with the Harris County Vehicular Crimes Division.

Deputies said no other vehicles were involved in the fatal accident.

Despite there being less traffic on the road in 2020 and a 2% reduction in motorcycle crashes, the Texas Department of Transportation reported a 17% increase in motorcycle fatalities compared to 2019.

According to TxDOT, an average of one motorcyclist is killed in a crash on Texas roads every day.