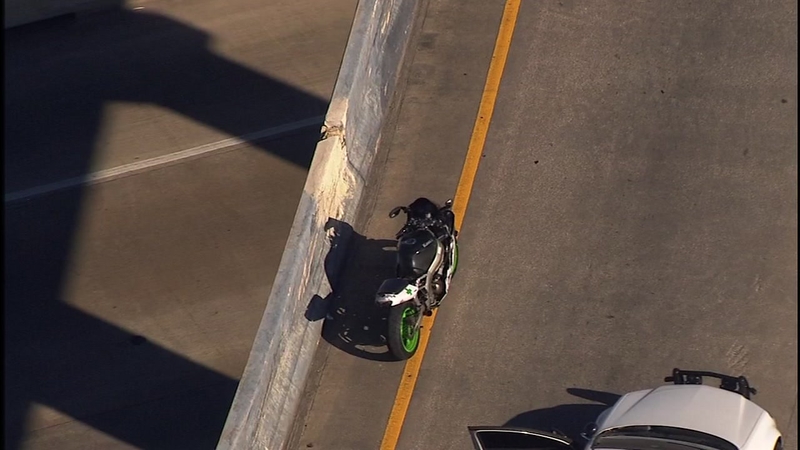 HOUSTON, Texas (KTRK) -- The Harris County Precinct 1 Constable's Office says a motorcyclist is dead after he lost control and was thrown off the bike over the 610 connector ramp at the Eastex Freeway.

Details at 11am . A man is dead after falling off his motorcycle during a chase. This is his motorcycle. https://t.co/4YQ2523BJK pic.twitter.com/SzJS1hfCIX

According to a tweet from authorities, this all started when a constable deputy pulled over the driver in downtown.

While the constable ran his plates, investigators say the driver started the motorcycle and sped off.

The deputy was behind him, but he lost sight of the suspect as he rode onto the 610 North connector ramp.

That's when the suspect lost control and fell over the ramp.

"That is a significant fall. It is our belief that the driver was ejected after hitting the cement wall and that he hit below," said Kevin Quinn, Director of Communications for the Harris County Precinct 1 Constable's Office.

The suspect died at the hospital. He was wearing a helmet.

The case is being taken over by the Houston Police Department's Homicide Division.
Live traffic map