Motorcyclist in critical condition after accident on Southwest Freeway 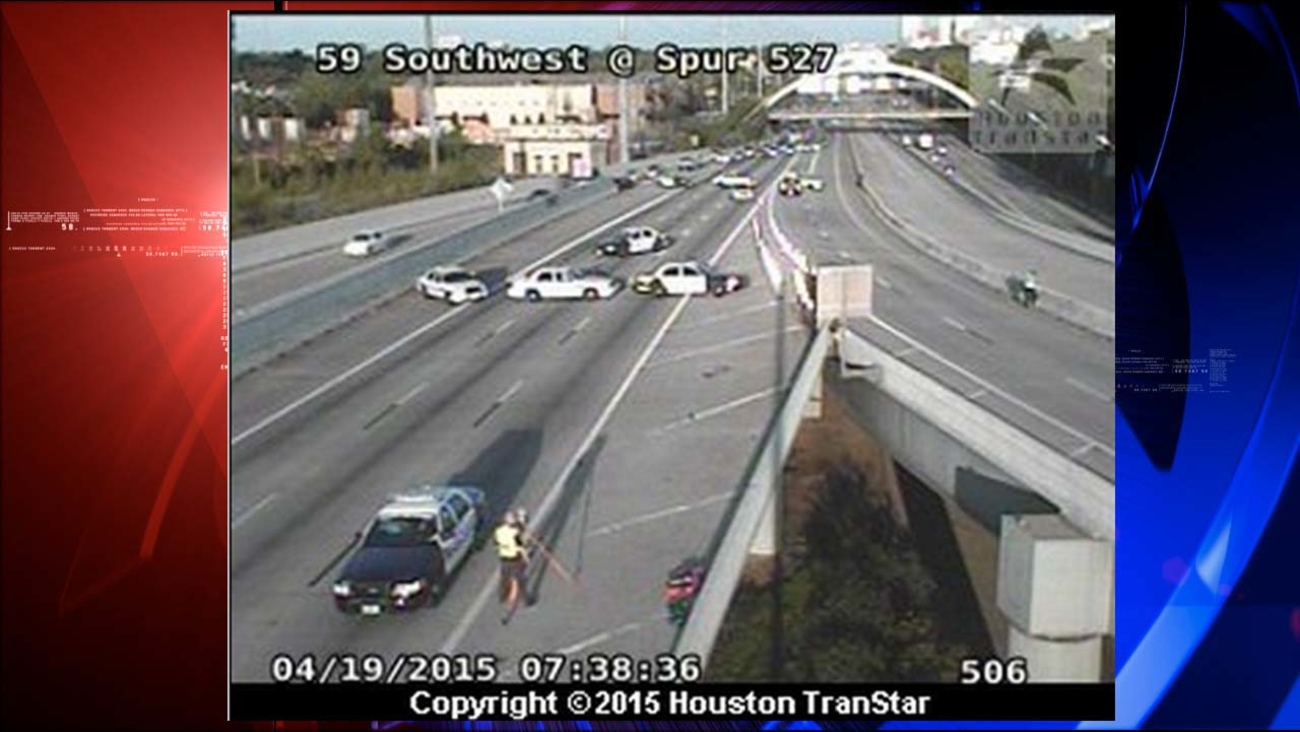 HOUSTON (KTRK) -- A motorcyclist is in critical condition after he was either clipped by a vehicle or lost control on the Southwest Freeway northbound at the Spur, police say.

The Southwest Freeway was closed at the accident site for several hours, but is now clear.

Houston police say the motorcyclist was part of a group of bikers, but all of them left before authorities arrived.

Davonte Henderson, who says he saw the crash says he saw two bikes speeding near Bellaire and Fondren and a car cut one of the bikes off, causing it to crash.

We're told the man was unresponsive, but was wearing a helmet.

Henderson said, "He wasn't talking at all. He was barely breathing."