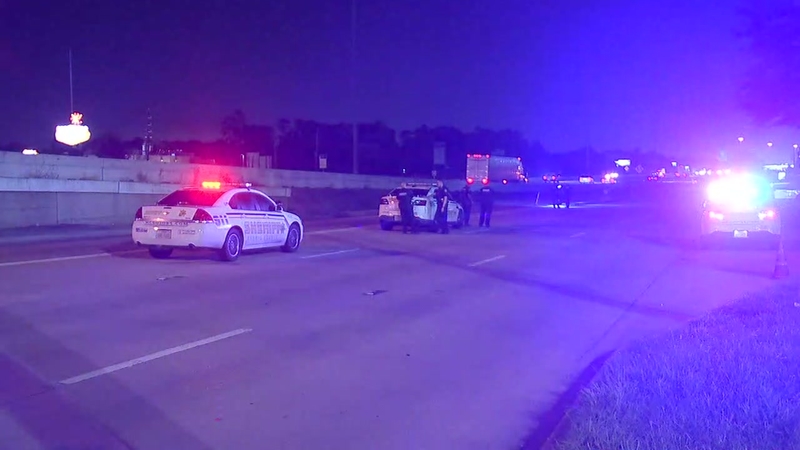 Motorcyclist killed in hit and run

HOUSTON, Texas (KTRK) -- A motorcyclist was killed in a hit-and-run crash involving at least two vehicles, shutting down the North Freeway feeder southbound near FM 1960 for three hours in north Harris County.

The Harris County Sheriff's Office tells Eyewitness News the driver of a black Harley-Davidson was going southbound on the service road around 3:30 a.m. Thursday.

Officials believe he was trying to enter the mainlanes of the freeway, lost control, hit a guardrail and flew off the bike.

He was wearing a helmet, however authorities say it was thin and would not have prevented his death.

Reference to fatal accident, North Fwy @ FM 1960: Motorcyclist was wearing a helmet. It was very thin and would not have prevented his death.

Another vehicle was trying to get on the freeway at the same time and hit the motorcycle.

A second vehicle in a dark-colored SUV hit the motorcycle and the man.

None of the drivers stopped.

The sheriff's office says the only description they have is of the SUV. They believe it's a newer model black GMC Terrain or a similar vehicle with damage.

A witness says the man was still alive before being hit by the SUV.

The mainlanes of the freeway and the feeder road are open.