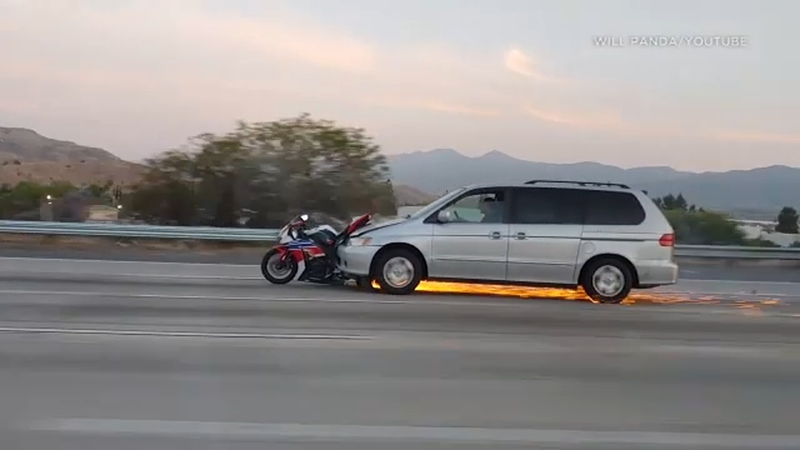 Caught on camera: Motorcycle stuck to front of minivan in Corona

CORONA, California -- Video shows a silver minivan speeding down the a California freeway and throwing off sparks Friday night. When the eyewitness driver catches up to the minivan, he can't believe what he sees.

It's a motorcycle stuck to the front of that silver minivan.

There is no motorcycle rider in sight but the motorcycle being shoved along by the minivan is throwing a shower of sparks into traffic.

The eyewitness captures it all as that minivan then starts to exit the freeway at McKinley Street.

The eyewitness tells us he was so concerned, he exited at the first opportunity and circled back toward McKinley Street.

He found that motorcycle on the side of the road along with the front bumper of that minivan.

A few moments later, that eyewitness spots the minivan dumped just off the road, next to a tree near the Santa Ana riverbed.

There is no sign of the driver, who had apparently taken off.