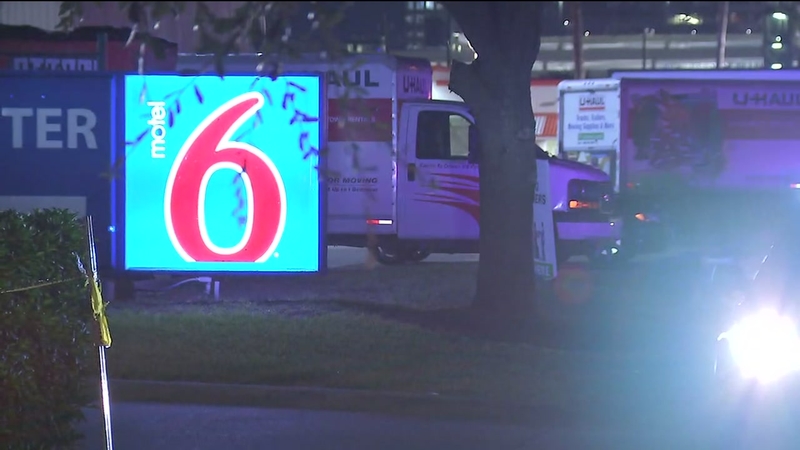 HOUSTON, Texas (KTRK) -- Two suspects are wanted by authorities after opening fire on a deputy constable who was working an extra job at a Motel 6 in west Houston.

The Harris County Precinct 1 deputy constable originally spotted the two suspects trespassing at the motel at West Beltway at Westheimer and tried to escort them off the property.

As they left, the men turned around and one of them opened fire at least a half dozen times. The deputy did not shoot back. He took cover and called 911.

"There's a tree over there. I don't know if he was hiding or what, but he was not struck by any of the gunfire," said Houston Police Officer Ryan Naughton.

Investigators are looking at surveillance video. Right now, it appears the shooting was not caught on camera.

The deputy has been working in law enforcement for more than 30 years.