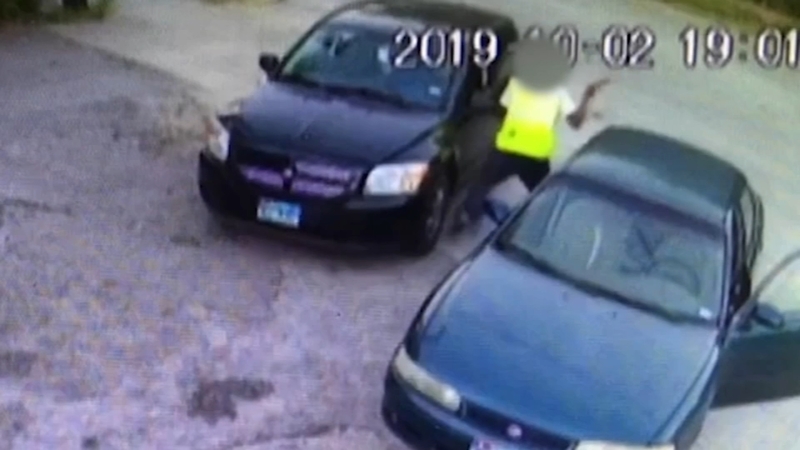 HOUSTON, Texas (KTRK) -- The victim of a violent attack outside of a Montrose liquor store says he was terrified when a man with a tire iron shattered two of his car windows.

The incident happened on Wednesday around 7 p.m. in the parking lot of King Cole Liquor, off of Woodhead Street and Richmond Avenue.

"At that moment I was terrified," the victim said, who did not wish to be identified. "This person is not normal, and I looked and you could just see insanity in his eyes."

Both the victim and the alleged suspect were inside the liquor store together before the incident unfolded.

Surveillance video shows both men getting into their vehicles, reversing at the same time.

The victim claims he didn't see the other driver and accidentally tapped the other car's bumper. In the video, the victim can be seen pulling back into the parking lot when the suspect does the same.

Seconds later, the suspect can be seen getting out of his car and smashing two of the victim's car windows.

He appears to lean into the driver's side window and attempts to hit the driver. The victim was not seriously injured.

The incident has been reported to police.