Deputies fire back at armed man in Magnolia-area home 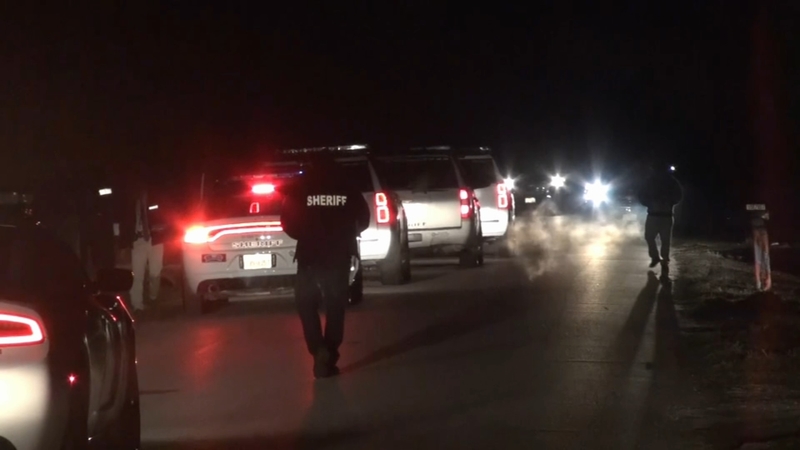 Man shoots at deputies, deputy fires back in Montgomery County

The sheriff's office said that at about 8:45 p.m., it received a call about shots fired at a home in the 19700 block of Turtle Dove Lane.

According to officials, when deputies arrived, two men told them that they went to the location to find a friend they hadn't heard from in several days.

The men also told deputies that there was another man in the home and then there was an argument.

One of the initial two men fired shots into the ground, and the third man went back into the home, authorities say.

As deputies entered the house, one of the men fired a gun at deputies, and deputies fired back, the sheriff's office says.

Authorities say that deputies gave verbal commands to the man, who surrendered peacefully.

All three men were detained and questioned by detectives as investigators determine if charges will be filed.

The shooting happened days after a San Jacinto Precinct 1 deputy constable was killed.

A lieutenant at the scene said that was top of mind for him, and he was relieved to know his deputies were OK.

"It hit home - very close to us yesterday. The San Jacinto constable killed, and now for this to happen here in Montgomery County, we're just very lucky and blessed God was watching over our deputies tonight," said Lt. Scott Spencer.

San Jacinto Precinct 1 Deputy Constable Neil Adams was shot and killed at PlazAmericas on Wednesday. The 62-year-old law officer had been working mall security as an extra job.