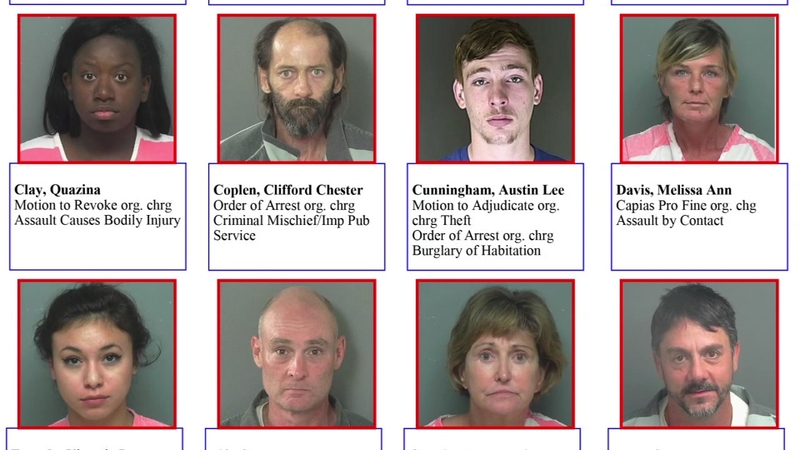 CONROE, Texas (KTRK) -- Dozens of fugitives are behind bars after a late June warrant round-up in east Montgomery County.

According to a news release, the fugitives taken into custody were wanted on charges ranging from DWI to assault and evidence tampering.

Montgomery County Sheriff Rand Henderson said additional targeted operations are planned throughout the rest of the year and encouraged fugitives to turn themselves in before they are forcibly taken into custody.

"Our SWAT team is the best, most professional and effective team around. Coupled with our local law enforcement partners, rest assured that they will find you and they will bring you in," he said.